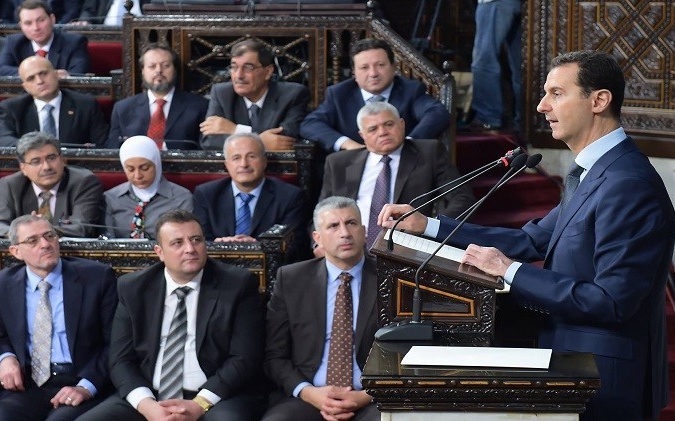 Under the guise of Parliamentary elections, the Assad regime has used the Ba’ath Party to tighten its rule over Syria.

Writing for the Carnegie Endowment of International Peace, Carl Yonker and Christopher Solomon describe the process.

The Ba’ath Party was founded in 1947 as an Arab socialist movement. It was part of a ruling coalition after a military coup in 1963, but the party’s original leaders were pushed aside three years later in another coup.

Enter Hafez al-Assad, who seized power in 1970 and imprisoned the Ba’ath leadership. The party then became a “patronage network” of the regime, “restructured so as to fit into the authoritarian format of Assad’s system, lose its avant-garde character and became an instrument for generating mass support and political control”.

Since early 2018, the regime and the party have been intertwined in an effort to consolidate and extend power in territories recaptured from the Syrian opposition. Ba’ath loyalists were promoted in positions of local power after the September 2018 elections, in which Ba’athist lists ran unopposed in some areas and other parties were curbed.

But it was last year, before and during Parliamentary elections in July, that the regime-party grip tightened. “Loyalists” purged other members for insufficient commitment. Members of other pro-regime factions, such as the Syrian Social Nationalist Party, were left off electoral lists.

Meanwhile, the Ba’ath extended its control of workers’ unions, rewarded farmers and rural workers loyal to the regime, and tried to build up youth movements. Dominance of religion was confirmed by the bar on election of any Sunni Muslim elite to Oarliament, and by Assad’s speech in December that the Ba’athist state best represents Islam.

Yonker and Solomon conclude, “Barring an Iranian or Russian withdrawal of support from the regime, the Ba’ath party will continue to march on and reassert itself as a key pillar of Bashar al-Assad’s authoritarian rule.”