Battle for the GOP: Republican Legislators Censured Over Votes on Trump Incitement of Capitol Attack 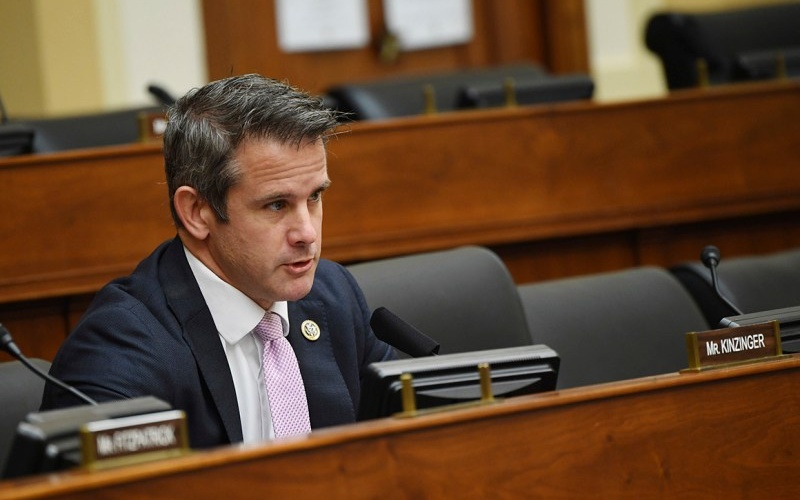 Rep. Adam Kinzinger assailed by family members: “What a disappointment you are to us and to God!” (AFP/Getty)

Republican legislators are being censured by State parties for their votes to impeach and convict Donald Trump of incitement of insurrection over the Capitol Attack.

Sen. Richard Burr of North Carolina is the latest to be condemned, with the state party voting unanimously on Monday.

Burr was one of seven senators who defied Republican leaders to join 50 Democrats in the 57-43 outcome, 10 short of convicting Trump on a 2/3 majority.

After the vote, he explained:

The evidence is compelling that President Trump is guilty of inciting an insurrection against a coequal branch of government and that the charge rises to the level of high Crimes and Misdemeanors.

Burr is retiring next year after three terms. Trump’s daughter-in-law Lara Trump is expected to run for the seat, in a likely battle between Trumpists and establishment Republicans.

The North Carolina Republican Party said in a statement on Monday that it “agrees with the strong majority of Republicans in both the US House of Representatives and Senate that the Democrat-led attempt to impeach a former president lies outside the United States Constitution”.

Burr responded about the “truly sad day” for North Carolina’s Republicans, “My party’s leadership has chosen loyalty to one man over the core principles of the Republican Party and the founders of our great nation.”

Immediately after the Senate vote on Saturday, the Louisiana Republican Party issued a statement: ““We condemn, in the strongest possible terms, the vote today by Sen. [Bill] Cassidy to convict former President Trump.”

Pennsylvania GOP country branches censured Sen. Pat Toomey, who is leaving the chamber next year, for his Yes vote.

Damned by Party and Family

Some of the 10 GOP House members who voted to impeach Trump have already faced political condemnation.

Rep. Liz Cheney of Wyoming, the third-ranking Republican in the House, was censured by the GOP’s state central committee in a 66-8 vote. She survived an attempt by House colleagues to remove her from her leadership position and committee assignments.

Rep. Adam Kinzinger of Illinois, the first House Republican to back impeachment, is being assailed by both party and family.

As he was censured, 11 members of his family sent him a handwritten two-page letter, accusing him of being in league with “the devil’s army”: “Oh my, what a disappointment you are to us and to God! You have embarrassed the Kinzinger family name!”

Kinzinger’s cousin Karen Otto sent copies of the letter to Republicans across Illinois, including members of the state’s Congressional delegation.

Otto said in an interview, “I want him to be shunned.”

We just fear. Fear the Democrats. Fear the future. Fear everything. And it works for an election cycle or two. The problem is it does real damage to this democracy….

We have a lot of work to do to restore the Republican Party,” he said, “and to turn the tide on the personality politics.