World Unfiltered: The Influence of Turkey — and Erdoğan — in the Balkans 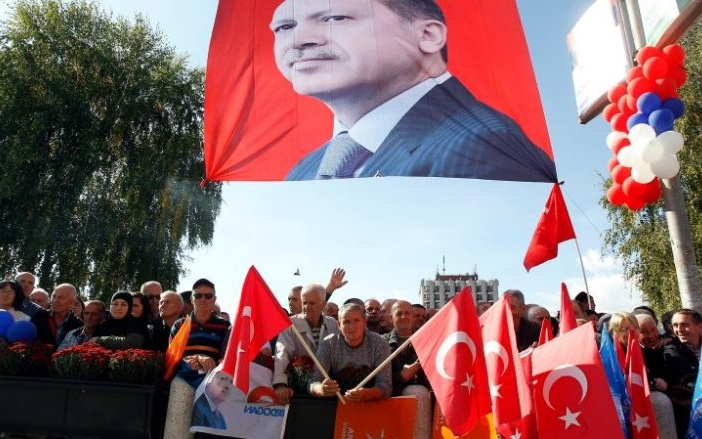 “Religion, Identity, and Power” — the title of Ahmet Erdi Öztürk’s book on Turkey’s efforts for influence in northern Balkan States such as North Macedonia, Bulgaria, and Slovenia.

But how has that combination of religion and power been redeveloped by President Recep Tayyip Erdoğan, with the Balkans linked to other regional contests throughout the Middle East, the Eastern Mediterranean, and North Africa?

Dr. Öztürk explains in a conversation with World Unfiltered.

3:20: What does history tell us about Turkey’s relationships with Balkan countries?

7:50: In the northern Balkans, many people express Turkish identity or at least an affinity with it. Yet at the same time there’s the sentiment of being left behind if not betrayed by Turkey. What is the significance of this paradox?

11:10: How is religion being projected and negotiated by Turkey in the Balkans?

18:05: To what extent does President Erdoğan have a religious identity or is he a power politician using and actually manipulating religion to gain advantage at home or abroad?

26:50: What effect did the failed Turkish coup of 2016 have on these calculations over religion and power?

31:00: Has President Erdoğan overreached in this use of religion?