Trump to Pence: “Overturn the Election” — Pence to Trump: “No” 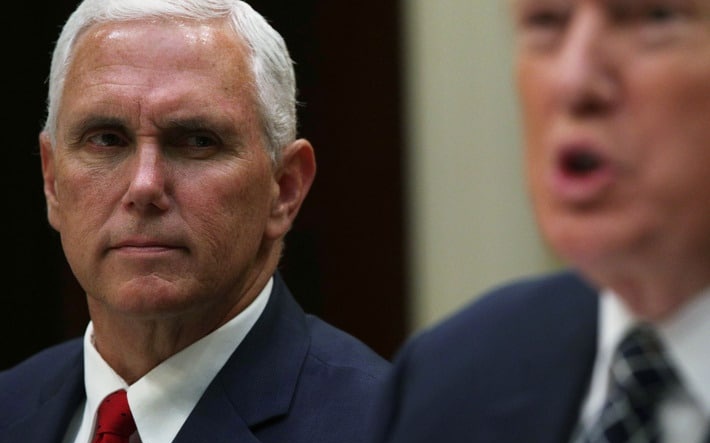 Just before opening the joint session of Congress, Vice President Mike Pence has released a letter establishing that he will not try to block the certification of President-elect Joe Biden.

Pence wrote that he does not have the “unilateral authority to decide which electoral votes should be counted”:

Our Founders were deeply skeptical of concentrations of power and created a Republic based on separation of powers and checks and balances,

Vesting the VP with unilateral authority to decide presidential contests would be entirely antithetical to that design.

Pence opened the session as Donald Trump addresses a few thousand supporters near the White House:

"Mike Pence, I hope you're gonna stand up for the good of our Constitution and for the good of our country. And if you're not, I'm going to be very disappointed in you, I will tell you right now. I'm not hearing good stories." — Trump pic.twitter.com/RyZZpxGrqZ

But Pence has refused the demand, telling Trump on Tuesday that he does not have the power to alter Biden’s 306-232 victory in the Electoral College.

The Vice President will preside over a joint session of Congress on Wednesday, which will formally confirm the outcome. Twelve Republican Senators and more than 140 GOP Representatives have said they will not accept the result; however, the Democrat-controlled House and Republican leaders in the Senate will ensure that the Constitutional process is upheld.

EA on Monocle 24: Georgia’s Elections, Trump’s Shakedown, and The Blocking of President Biden

Trump, who pressured and threatened Georgia state officials on Saturday to “find the votes” to reverse Biden’s victory, issued his commands to Pence on Twitter on Tuesday.

He opened the day, “The Vice President has the power to reject fraudulently chosen electors.”

After midnight, he concluded with a final demand and his standard falsehoods and disinformation:

If Vice President @Mike_Pence comes through for us, we will win the Presidency. Many States want to decertify the mistake they made in certifying incorrect & even fraudulent numbers in a process NOT approved by their State Legislatures (which it must be). Mike can send it back!

Administration sources said Trump warned Pence that it would be politically “damaging” for the Vice President to allow certification of Biden’s victory.

That line echoed Trump’s declaration on Monday night to an audience in Georgia, “I hope Mike Pence comes through for us, I have to tell you. Of course, if he doesn’t come through, I won’t like him as much.”

But Pence “gently” told Trump at their weekly working lunch that he has been told by the White House Counsel’s Office he does not have the authority to intervene.

Earlier this week, Pence met with the Senate Parliamentarian to review his role in the process.

Trump — or his staff — lashed out in a statement, redoubling the pressure for Pence to intervene:e

One official said Trump, who has called out supporters to protest in Washington, may deride Pence in a speech at 11 a.m. on Wednesday.

While refusing Trump’s demands over his formal role, Pence has backed the Republican legislators who are refusing to accept President-elect Biden. His Chief of Staff, Marc Short, said the Vice President “shares the concerns of millions of Americans about voter fraud and irregularities in the last election”.

A “senior Trump advisor” said Pence might strike an aggressive posture during the Congressional session, appeasing Trumpists: “He’s not going to be a wallflower.”

But the advisor added, “He might say he doesn’t have the power to do certain things.”

A “source close to the Senate GOP leadership” said their view is that Pence’s role is no more than “ceremonial”.