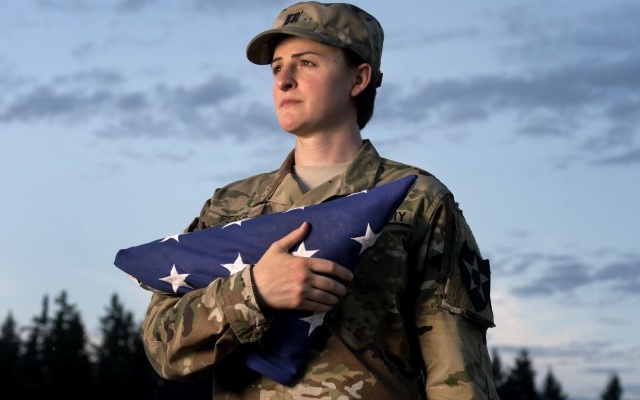 Flanked by Defense Secretary Lloyd Austin and Gen. Mark Milley, the Chairman of the Joint Chiefs of Staff, Biden restored provisions signed by President Barack Obama in 2016. He said:

What I’m doing is enabling all qualified Americans to serve their country in uniform, and essentially restoring the situation…where transgender personnel, if qualified in every other way, can serve their government in the United States military.

On Saturday, Defense Secretary Austin announced a review of how the Pentagon has handled sexual assault issues.

Alphonso David, the president of the Human Rights Campaign, applauded the quick action by new Administration:

This level of engagement is a pivotal moment for the movement for justice and a marked shift from the previous president. President Biden has met the moment and proven himself a leader aiming to change and improve our nation’s culture.

But Sen. John Cornyn of Texas, the second-ranking Republican in the Senate, sneered about the protections, “Another ‘unifying’ move by the new Administration?”

No Discrimination “on the Basis of Gender Identity”

Openly gay Americans were not allowed to serve in the military until 2011, when President Obama ended the “Don’t Ask, Don’t Tell” policy implemented by the Clinton Administration in 1993.

Biden, whose support as Vice President for same-sex marriage prodded Obama to declare the position, said in his 2020 campaign that he would quickly reverse Trump’s ban.

Researchers estimate that there are thousands of transgender troops.

Austin said the executive order will also “ensure all medically necessary transition-related care authorized by law is available to all service members”, removing another Trump barrier to service by transgender personnel. The Defense Secretary promised to re-examine the cases of all those who are being forced out of the military.

The Department will immediately take appropriate policy action to ensure individuals who identify as transgender are eligible to enter and serve in their self-identified gender. No one will be separated or discharged, or denied re-enlistment, solely on the basis of gender identity.