Trump Vetoes Money for US Military 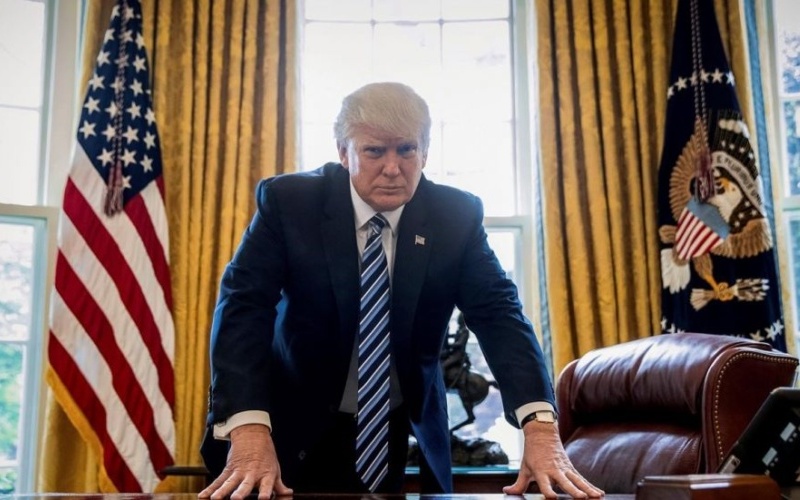 Donald Trump vetoes the annual spending bill for the US military, claiming that it would help China and Russia.

Trump refused on Wednesday to sign the $740 billion National Defense Authorization Act. He declared that the bipartisan legislation, passed overwhelmingly in both chambers of Congress, “fails to include critical national security measures, includes provisions that fail to respect our veterans and our military’s history, and contradicts efforts by my administration to put America first”.

He offered no evidence why Beijing and Moscow would be the big beneficiaries of funding for American armed forces. Instead, he complained about a provision to remove the names of Confederate leaders from bases, and he demanded that the bill include repeal of legal protection for social media companies over material posted by users.

“My administration has taken strong actions to help keep our nation safe and support our service members,” Trump wrote. “I will not approve this bill, which would put the interests of the Washington, D.C., establishment over those of the American people.”

The House is expected to return on Monday to override the veto. The Senate would then begin its process on Tuesday.

Increasingly frantic over his loss to President-elect Joe Biden, Trump has turned against his long-time protectors in the Republican Party. He is now lashing out at Senate Majority Leader Mitch McConnell and his deputy Sen. John Thune, as well as other “RINOs”, Republicans in Name Only.

Trump is also threatening to veto the $900 billion Coronavirus relief bill adopted by both chambers on Monday. He gave Democrats an unexpected gift by proclaiming that a $600 one-time payment to millions of Americans should be increased to $2,000, a proposal eagerly embraced by House Speaker Nancy Pelosi.

Coronavirus: Pelosi and Trump Agree — Stimulus Payment Should Be Increased

Trump’s veto of the military bill holds up a pay raise for troops. It blocks new benefits for tens of thousands of Vietnam-era veterans who were exposed to Agent Orange, and postpones a requirement that the Pentagon establish a plan to transition from using Chinese goods, particularly electronics.

More than 100,000 federal employees will be deprived of the paid parental leave benefits they deserve, necessary military construction projects will not move forward on schedule, and our service members who are in harm’s way defending our country’s principles will not have access to the hazard pay they are owed.

While the President may not care about our service members and their families, Congress still places an immense value on their service and sacrifice.

Key Senate supporters of Trump indicated that they will rebuke him with a veto override. Sen. James Inhofe, the chairman of the Senate Armed Services Committee, tweeted:

The NDAA has become law every year for 59 years straight because it’s absolutely vital to our national security and our troops. This year must not be an exception. Our men and women who volunteer to wear the uniform shouldn’t be denied what they need— ever.

He added, “I hope all of my colleagues in Congress will join me in making sure our troops have the resources and equipment they need to defend this nation.”