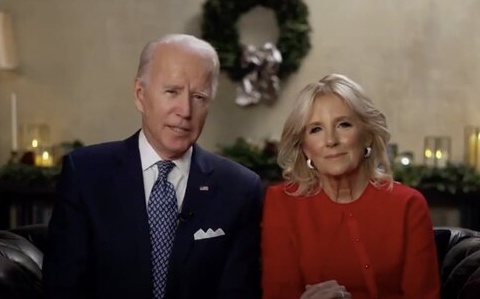 President-elect Joe Biden chides Donald Trump for “abdication of responsibility” in refusing to sign a $900 billion interim Coronavirus relief package and a funding measure to keep the Government open past Monday.

Unemployment benefits for millions of Americans expired on Saturday. Trump’s veto, or inaction, will also jeopardize a one-payment of $600 to every American earning less than $75,000 per year, loans for small businesses, and aid for schools, vaccine distribution, and culture and arts programs.

Biden said in a statement:

It is the day after Christmas, and millions of families don’t know if they’ll be able to make ends meet because of President Donald Trump’s refusal to sign an economic relief bill approved by Congress with an overwhelming and bipartisan majority. This bill is critical. It needs to be signed into law now.

After a year of pain and loss, it’s time to unite, heal, and rebuild.

Trump has said little of substance about the Coronavirus relief package or the wider Government funding package, apart from declaring that the $600 one-off payments should be raised to $2,000.

That attempt to claim personal credit played into the hands of Democrats, who sought to amend the relief bill for the increased payments. But GOP House Minority Leader Kevin McCarthy blocked the effort on Christmas Eve.

From his Florida resort, Trump tweeted until after midnight on Sunday. He proclaimed, “Increase payments to the people, get rid of the ‘pork’,” and declared vaguely, “Remember, it was China’s fault!”.

Trump devoted most of his time to falsehoods about the November 3 election and its aftermath. He lashed out at the judiciary, including the Supreme Court whom he hoped would overturn the result; US agencies; and both traditional and social media outlets.

….Courts are bad, the FBI and “Justice” didn’t do their job, and the United States Election System looks like that of a third world country. Freedom of the press has been gone for a long time, it is Fake News, and now we have Big Tech (with Section 230) to deal with….

With 24 days left in office, he turned to his own party: “Time for Republican Senators to step up and fight for the Presidency.”

Trump has said little about the record Coronavirus deaths and cases in the US. However, he took a Twitter moment on Saturday to deride the measures, recommended by medical and public health experts, to contain the “surge upon a surge”.

“The lockdowns in Democrat run states are absolutely ruining the lives of so many people,” he blustered. “Far more than the damage that would be caused by the…virus.”

He then falsely claimed that GOP-led states like Florida are “open and doing well”.