Russia is Losing The Space Race 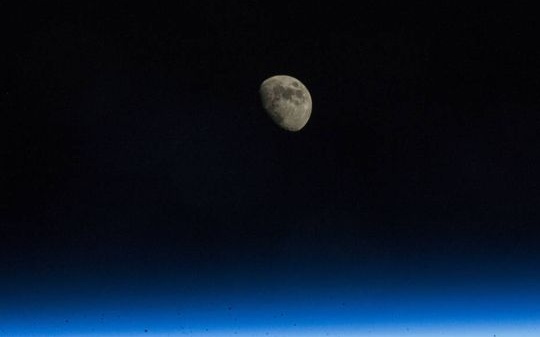 Luna-25, a robotic space vehicle designed to conduct research on the surface, is Russia’s attempt to join the 21st-century Race to the Moon.

Next year Luna is scheduled to make Moscow’s first landing since 1976. But the headline is deceptive: the Russians are falling behind in a crowded field.

Since 2018, the race has been intensifying, with America’s NASA, Elon Musk’s SpaceX, and China competing to set up a base in the contest of “dueling superpowers and rival billionaires”. But Russia’s space agency Roscosmos has done little to rival Soviet glory, lacking the focus, technology, and funding required in a new and improved scientific quest.

The Race to the Moon

The American focus has been the return of astronauts to the moon. Last year NASA said matter-of-factly, “So, we’re going back to the moon.” Keither Cowing, editor of NASA Watch, summarized. “Everyone is running in the general direction of the moon. I think there is a kind of moon fever, that’s got everybody interested.”

As the Trump Administration grabbed headlines — and gave fodder to late night comedians — with its proclamation of “Space Force”, Vice President Mike Pence anointed the campaign, “It is the stated policy of this Administration and the United States of America to return American astronauts to the moon within the next five years.”

But China was already a step ahead. At the end of 2018, it landed Chang’e 4, a small station and rover, on the far side of the moon, where no robot or human had ever set foot.

Beijing has pressed ahead with its research and exploration. On December 11, Chinese scientists received a package from Chang’e 5, the newest moon rover, of 2 kg (4.4 lbs.) of rocks and soil.

And India has now entered the race. In July 2019, New Delhi launched its Chandrayaan-2 for material which can be brought back to Earth for scientific investigation. The country is also aspiring to send manned missions.

Russia also faces the emergence of private companies above the earth’s stratosphere. This goal has been accelerated by tech mogul Musk and SpaceX. The company’s #dearmoon project, launched in September 2018, committed to sending Japanese billion Yusaku Maezawa and six to eight artists on a ride to the moon. In November this year, SpaceX became the first commercial space company to be certified by NASA. They are set to launch their rocket to the moon by late 2022.

Silicon Valley’s second entrant is Blue Origin. The company, owned by Amazon’s Jeff Bezos, revealed plans to take the first woman to the moon on December 5.

In 1959, the Soviet Union’s Luna 2 was the first spacecraft to successfully reach the moon. More than 60 years later, experts argue that Russia is lost in space.

Rocosmos has suffered from a lack of technological innovation and funding for decades. And when Moscow declared its return to a dedicated effort, it spread its aims thin. Luna-25 will be launched over 24-months after rival explorations. Roscosmos’ budget is the equivalent of $2.4 billion, in comparison to China’s $8 billion and the US’s $21 billion.

David Parker, director of human and robotic exploration at the European Space Agency, says drily, “We’ve all been waiting a long time for Russia’s reactivation of its moon exploration programme.”

Russia has also failed to produce private companies that can compete against the likes of SpaceX and Blue Origin. Instead, Putin’s state-run space projects have suffered from a lack of innovation and from internal corruption. In 2018, Russia’s new Vostochny space center, supported by the state, received budget funds that were “embezzled by artificially inflating labour and material costs”.

Struggles of the “Old Timer”

Russia has maintained an outward commitment to cooperation on matters of technology and weapon development in outer space over the last two decades. In 2019, Russia signed an agreement on space research with Angola and a draft agreement on deep space exploration with France.

But where countries such as India have used cooperation to advance their position in space, Russia’s approach has detracted from its own attempts to get ahead. Moscow has focused excessively on military agreements. And its assertive foreign policy has complicated the possibility of projects with the US, with Washington increasingly ostracizing Moscow. The latest setback is the US refusal of cooperation on a moon orbiting program.

More headway has been made with China. However, Beijing’s agreement to expand their space cooperation with Russia in December paradoxically showcased Moscow’s subordinate position in matters of technology and innovation.

Russia’s recent announcement that it plans to return humans to the moon by 2030 puts it five years behind China and six behind the US. But even this aspiration faces structural problems in the Russian science and technology sector, which remains stunted by poor governance and the misguided allocation of funding.

As it stands, Russia has a lot of ground to make up in the new Race to the Moon. Leonard David at the Scientific American speaks of the “old timer” making a last-ditch attempt at glory in space.

But the old timer is weary not only of the youngsters but of its longtime rival. In Russian space chief Dmitry Rogozin’s complaint of a “US-centric” moon race, there is both mask and revelation: Moscow’s biggest foe is its own internal failings.