Supreme Leader Reasserts His “Bad Cop” Pose on Talks with US 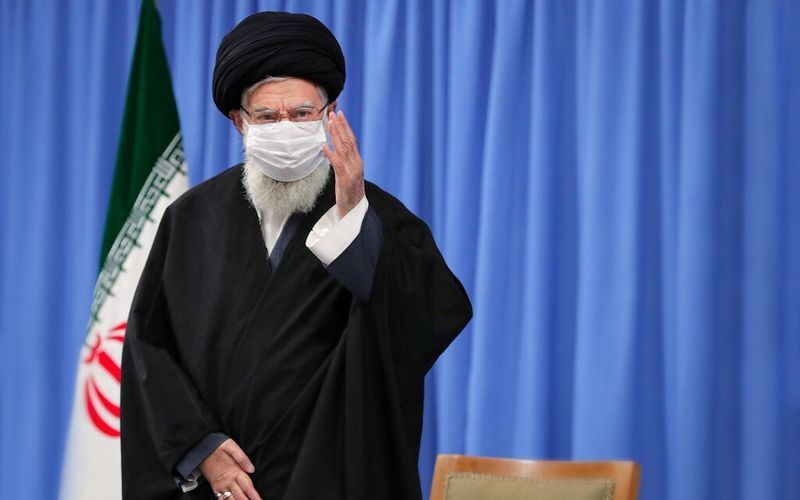 Khamenei began by pledging, “Avenging the Murder of General Soleimani is Certain”. He said of the killing on January 3 of Soleimani and Abu Mahdi al-Muhandis, the head of the Iran-backed Iraqi militia Kata’ib Hezbollah:

The unforgettable funerals of Martyrs Soleimani and Abu Mahdi in Iraq and Iran, which were attended by millions, were the first severe slap to the U.S. However, the more severe slaps to come are “expelling the U.S. from the region” and “subduing the shallow dominion of the Front of Arrogance”….

Rouhani said on Monday that the Biden Administration could re-enter the 2015 nuclear deal between Tehran and the 5+1 Powers (US, UK, Germany, France, Russia, and China), from which the Trump Administration withdrew in May 2018, “within an hour.”

He linked Iran’s return to the deal’s provisions with the lifting of comprehensive US sanctions, imposed in November 2018 and extended this year: “If the 5+1 Powers fulfil all their commitments tomorrow, we’ll also fulfil ours.”

See also Rouhani: No Preconditions on US Return to Iran Nuclear Deal

But Khamenei started from a far different point, “My firm recommendation is not to trust the enemy. The hostility is not just from Trump’s America, which supposedly some could say would end when he leaves, as Obama’s America also did bad things to the Iranian nation.”

Don’t trust the enemy. We saw what the US did under Trump & under Obama against Iran. Hostilities aren't particular to Trump for them to end with him going. Obama was also malicious to the Iranian nation. The 3 European countries have displayed utter malice & duplicity too.

However, he emphasized the countering of sanctions rather than a negotiated end to them:

Lifting sanctions is in the enemy's hands. Nullifying them is in ours. We should work more on nullifying than removing them. I don't say we shouldn't pursue removing sanctions. But sanctions that were supposed to be lifted according to the JCPOA 4 years ago have intensified.

The Trump Administration, pursuing its “maximum pressure” approach up to its departure on January 20, added new sanctions on Wednesday. The Treasury punished companies based in China and the UAE for trade with Iranian petrochemical concerns.

In his last public appearance was on November 24, the Supreme Leader signalled to the Biden Administration that it should not expect the resumption of negotiations. Referring to his acceptance in autumn 2013 of discussions with the US, after he was presented with a dossier about Iran’s dire economic situation by President Rouhani, Khamenei assessed, “We tried to remove the sanctions through negotiations one time, but it was fruitless.”

But Rouhani played “good cop” the next day:

Iran and the United States can both decide and announce that they will return to the terms of January 20, 2017 [the day of Biden’s inauguration]. This can be a great solution to many issues and problems, and completely change the course and conditions. Then we can continue taking the next steps on different issues.

He restated the offer on December 8, while jabbing at Donald Trump: “That illiterate businessman scribbled a paper & withdrew from the nuclear deal. The next one can take a paper to sign so as to return.”