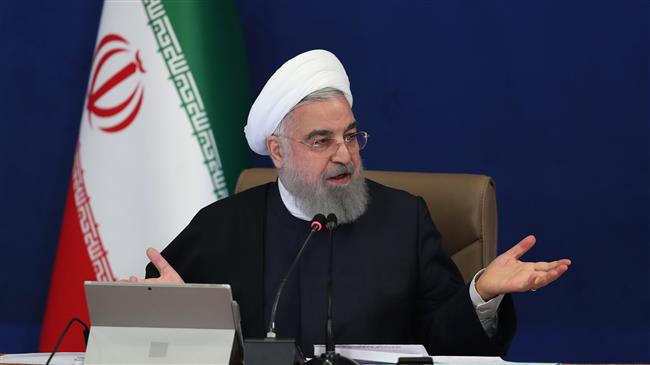 President Hassan Rouhani is based the Government’s 2021-2022 budget on a huge surge in Iran’s oil exports.

Rouhani said at a Cabinet meeting on Wednesday that the budget, presented to Parliament, is based on sales of 2.3 million barrels per day from March 2021.

“In the next year, we will have the capability to produce and sell 2.3 million bpd of oil and we will sell it,” he declared.

Iran’s exports were about 2.5 million bpd in April 2018, but they fell between 80% and 95% amid comprehensive US sanctions imposed in November.

In 2011, Iran’s revenue from crude oil sales was more than $110 billion. It was sharply reduced by UN and US sanctions before the 2015 nuclear deal, before recovering to $62 billion in 2018.

Majid Reza Hariri, the chairman of the Iran-China Chamber of Commerce, said in October that this year’s total will be no more than $5 billion.

Shipping analysts calculated that Iran exported about 1.2 million bpd in September, and almost as much in October. However, much of this has been in barter with countries such as Venezuela and in a credit line to Syria, with claims of illicit shipments to China to evade the American sanctions.

The Rouhani Government has been widely criticized by opponents for over-reliance on oil income in its budget, with excessive optimism about the future of exports.

The Government has countered that it is pursuing diversification of non-oil income. However, this has also sharply fallen this, with drops from 60% to 95% with leading customers such as China, Turkey, India, and the Gulf States.