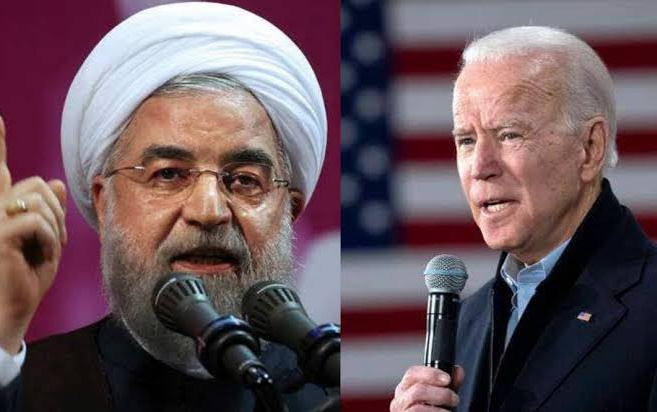 EA WorldView is pleased to join CESRAN International for a new VideoCast series, Deep Dive Politics. We will be delving into the significance of international developments, seeking a way forward on the political, economic, and social issues and challenges that they present.

In our introductory video, I join CESRAN’s Ali Onur Özçelik to consider US-Iran relations and the Middle East. We go deep into recent events, notably the assassination of leading Iranian nuclear scientist Mohsen Fakhrizadeh and the advent of the Biden Administration. The dive continues with the complexities of the US-Iran relationship in the Middle East, bringing in actors such as Turkey, Saudi Arabia, the UAE, and Israel and crises from Syria to Yemen.

Is an accommodation, or at least a step back from confrontation, possible in 2021?

See also See also the EA-CESRAN Pilot VideoCast: Looking Ahead — The US Election, “Trumpism”, and the Biden Administration

The Assassination of Mohsen Fakhrizadeh

Because Iranian authorities were unable to apprehend any of the gunmen, they changed their story to this idea of a remote-controlled machine guns.

What Iran faces is that one of their top figures has been killed, indicating that it can’t protect its people or even catch those who did this.

So how does Iran respond?

With the Presidential election coming up, you have a multi-sided contest for influence: the Rouhani Government, deciding how to maneuver with the Biden Administration; Parliament Speaker Mohammad Baqer Qalibaf, pushing for a tougher line; the Revolutionary Guards, who have suffered another defeat; and above all of them, the Supreme Leader.

Iran and the Israeli-Saudi Meeting

You have two different paths among Israel, Saudi Arabia, and the UAE.

The broader path is the pursuit of normalization of relations. The big payoff is normalization with the Saudis, but that won’t happen while King Salman is alive because of the idea of the 2002 Arab Peace Initiative.

Politically, you’ll see signals from both Israel and Saudi Arabia that they welcome a stable Middle East, looking not just at Iran but at Turkey.

But that means the Israelis will have to be careful with the other path of covert and military operations. As long as they don’t lead to an Iranian military response, the Saudis will be OK with this.

How Can US-Iran Talks Take Place?

You don’t usually go to the negotiating table with a big ceremony. Instead, you prepare the way with back-channel talks — as was the case in 2012 in quiet talks in Oman — which don’t risk embarrassing anybody or putting anybody in a difficult situation.

But not much will be done before the Iranian Presidential elections. And if it’s going to happen, it will happen on aa step-by-step basis.