VideoCast: Looking Ahead — The US Election, “Trumpism”, and the Biden Administration 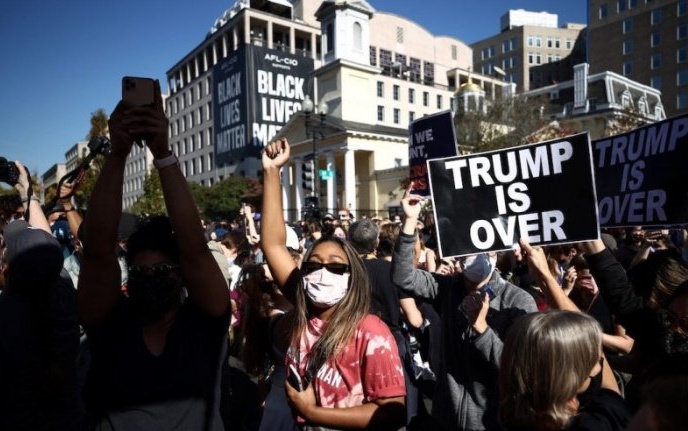 In a wide-ranging conversation with Dr. ‪Ali Onur Özçelik‬ of Turkey’s Eskisehir Osmangazi University and Political Reflection magazine, I analyze the lessons of the US elections, evaluate the future — and danger — of “Trumpism” within the Republican Party, and the possibilities and challenges of the Biden Administration.

Whereas the historic Obama election in 2008 was not just Hope and Change but also responsibility, competence, and an American community working together, this historic election was always going to be about the figure of Donald Trump who is so different.

This was Donald Trump v. the American system.

See also VideoCast: A Deep Dive Into the Meaning of the US Elections

What was it about Trump that exploited a polarized US?

The best way I can explain it, including chats with my relatives, is that Trump is a snake oil salesman. What he did in 2016 was say, “I can make it better for you”, and and blame others — China, immigrants, the “Left”.

Four years later, even though things didn’t get better for those people and for America, once you entrench yourself with a snake oil salesman, you get deeper and deeper with “It’s got to get better.”

The snake oil never works, and the snake oil salesman is never in it for you, but you keep on believing.

Biden will bring the adults back into the room for foreign policy.

That’s the easy part. The difficult part is that there will be a huge series of foreign policy challenges, in part because Trump has been so destructive but in part because this is a changed world in which the US is not the leading power — and it’s time to recognize that.

Turkey will balance or maneuver between multiple powers: the Americans, the European Union, Russia, and powers in the region including the Gulf States.

The first question for the Biden Administration is: Will they recognize that? And I think they will.

You’ll see Kamala Harris brought in immediately on Coronavirus. I think she’ll be a key part of the Administration’s action on immigration and on other racial and social issues.

Internationally, when they see a pressing issue, she’ll be one of the voices in the room. Harris is competent and she’s working with a President who is competent as well.