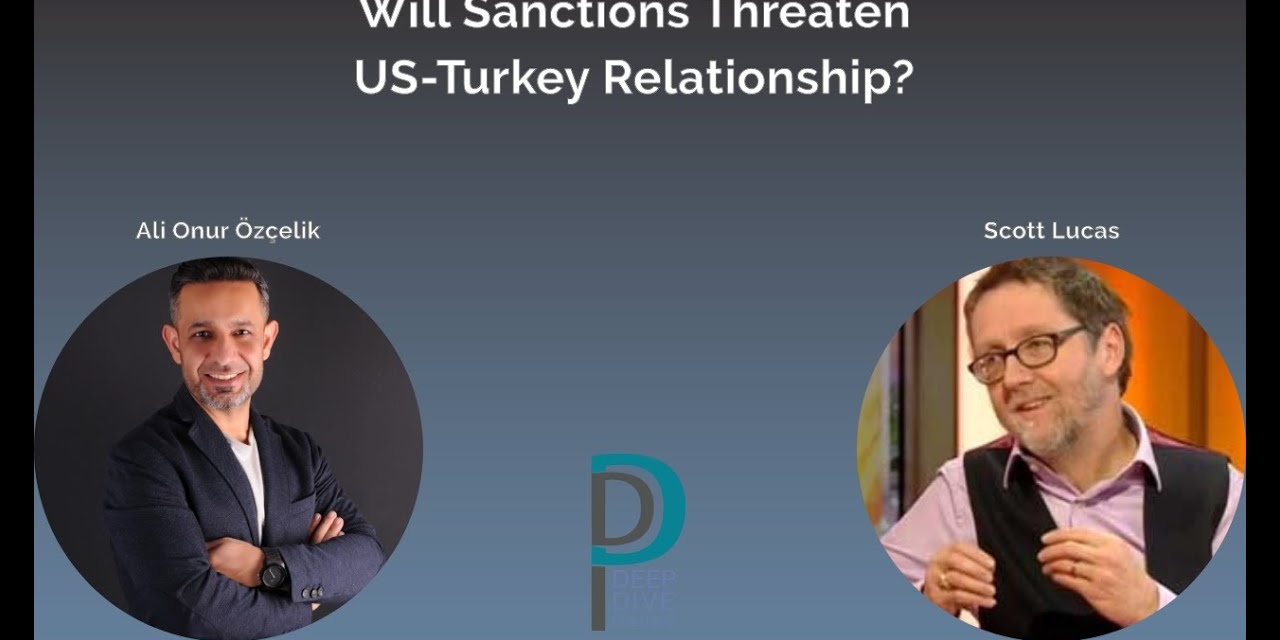 In the latest Deep Dive Politics videocast, from EA World View and CESRAN International, I join Ali Onur Özçelik to discuss the prospect of US sanctions on Turkey and how they would affect the relationship between Washington and Ankara.

I review the Containing America’s Adversaries Through Sanctions Act (CAATSA), initially directed at Russia but which may now be used against Turkey because of its purchase of Moscow’s advanced S-400 anti-aircraft missile systems — and because some legislators see Ankara as a threat to the Kurdish population in northeast Syria.

The Trump Administration may pre-empt Congressional action by implementing sanctions, or it may be left to legislators to impose them as part of the military budget for 2021.

How extensive would the sanctions be? Would the Biden Administration back them? And how will Turkey’s Recep Tayyip Erdoğan respond, in the context not only of Ankara’s relations with Russia but its ambitions in the Middle East and North Africa and its position vis-à-vis the European Union.

Biden Appoints Lloyd Austin as Defense Secretary
US-Iran Relations and the Middle East
VideoCast: Looking Ahead — The US Election, “Trumpism”, and the Biden Administration