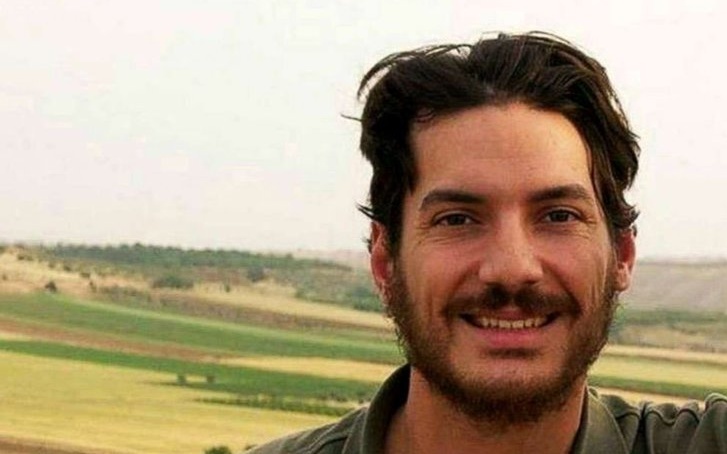 A senior Lebanese security official confirmed on Saturday that he visited the Assad regime for two days to discuss the status of US journalist Austin Tice, missing and believed to be in regime detention since 2012.

Maj. Gen. Abbas Ibrahim did not give further details in an interview with a local TV channel.

“After my visit to Washington, I went to Syria for two days and discussions over this matter are continuing and will continue,” Ibrahim said.

The Lebanese daily Al-Akhbar reported Saturday that the US Congress could impose sanctions on Ibrahim, following restriction on Lebanese politicians including allies of Hezbollah.

The security chief said sanctions would not stop his involvement: “I have promised Austin Tice’s mother whom I met in Washington and speak with her by telephone on a daily basis that neither sanctions nor anything else will affect work over the case of her son.”

ORIGINAL ENTRY, OCT. 19: A senior Trump administration official has met with the Assad regime in Damascus over Americans believed to be detained by the regime.

Administration officials confirmed the trip this autumn by Kash Patel, the senior director for counterterrorism at the National Security Council.

Ibrahim helped secure the release of Sam Goodwin, a 30-year-old American held for 62 days last year while traveling in Syria.

US diplomatic relations with Syria were cut in 2012, following the March 2011 uprising that the regime tried to crush. The last meeting between American representative and regime officials was in 2010.

But earlier this year, Donald Trump wrote to Syrian leader Bashar al-Assad, offering “direct dialogue” over journalist Austin Tice, missing in Syria in since 2012. In March, Trump said he was “working very hard with Syria” for Tice’s release.

The US Special Representative for Syria, Jim Jeffrey, said in December 2018 that the US believes Tice is alive and “is being held captive inside Syria”.

Kamalmaz’s son Ibrahim told the Wall Street Journal, “This administration is committed to our dad’s case, and we continue to speak with officials at the highest levels of the US Government to bring dad home.”