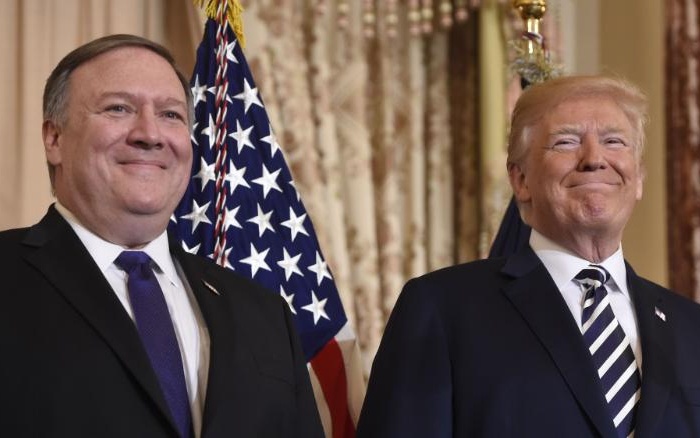 The Trump camp has suffered a further setback in its “vote fraud” campaign in Pennsylvania, with a postal worker admitting that he fabricated allegations.

Richard Hopkins had asserted that a postmaster in Erie instructed postal workers to backdate ballots mailed after Election Day. The claim was cited by Sen. Lindsey Graham as evidence of fraud, in a letter to the Justice Department calling for a federal investigation.

But on Monday, Hopkins told investigators from the US Postal Service that the allegations were not true, signing an affidavit recanting his claims.

BREAKING NEWS: Erie, Pa. #USPS whistleblower completely RECANTED his allegations of a supervisor tampering with mail-in ballots after being questioned by investigators, according to IG.

The only evidence produced by the Trump camp so far of fraud in Pennsylvania is a man in Latrobe who filled in the ballot of his dead mother.

ORIGINAL ENTRY: Turning the State Department into a political vehicle, Secretary of State Mike Pompeo has propped up Donald Trump’s refusal of his loss to President-elect Joe Biden.

Asked by reporters on Tuesday about the transition of power, Pompeo responded, “There will be a smooth transition to a second Trump Administration.”

Pompeo spoke as a series of foreign leaders offered congratulations to Biden and Vice President-elect Kamala Harris. Biden spoke with at least six of them, including the heads of the UK, France, Germany, Canada, and Ireland”.

Among those who have refrained from acknowledging Biden’s triumph are Russia’s Vladimir Putin, China’s Xi Jinping, and North Korea’s Kim Jong Un.

See also Biden: “Nothing Will Slow Up Our Efforts” on Transition, Health Care, and Fight Against Coronavirus

Pompeo joined them with the proclamation, “We’re ready. The world is watching what’s taking place. We’re gonna count all the votes.”

Like McConnell, the Secretary of State echoed Trump’s distinction of “legal votes” — those cast for him — and the “illegal votes” of mail-in ballots cast for Biden.

We must count every legal vote, we want to make sure that any vote that wasn’t lawful ought not be counted – that dilutes your vote, if it’s done properly. Got to get that right. When we get it right, we’ll get it right. We’re in good shape.

He ignored the foreign leaders who congratulated Biden. Instead, he said he had taken “calls from all across the world” — without identifying any of the callers — who backed Trump: “They understand that we have a legal process. They understand that this takes time.”

When a reporter asked if Trump’s refusal to acknowledge the outcome undermines the US position on democratic norms abroad, Pompeo snapped, “That’s ridiculous and you know it’s ridiculous, and you asked it because it’s ridiculous.”

Election officials in dozens of states pushed back against the Trump camp, confirming that there is no evidence of significant fraud.

The officials in 49 of 50 states, were contacted by The New York Times. They range from Ohio and Kansas — which voted for Trump — to Minnesota to Pennsylvania, which was decisive in Biden’s victory.

“There’s a great human capacity for inventing things that aren’t true about elections,” said Ohio Secretary of State Frank LaRose, a Republican. “The conspiracy theories and rumors and all those things run rampant. For some reason, elections breed that type of mythology.”

Texas was the only state whose officials did not respond. However, a spokeswoman for Houston’s Harris County, with 4.7 million residents, said there were only a few minor issues: “We had a very seamless election.”

In Pennsylvania, where the Trump camp has devoted much of its high-profile allegations, Jacklin Rhoads, a spokeswoman for Attorney General Josh Shapiro said, “Many of the claims against the commonwealth have already been dismissed, and repeating these false attacks is reckless. No active lawsuit even alleges, and no evidence presented so far has shown, widespread problems.”

Last Saturday, Trump’s attorney Rudy Giuliani — under investigation by prosecutors for his financial activities and role in the Trump-Ukraine scandal — sought to hold a press conference at the Four Seasons hotel in Philadelphia.

But a Trump staffer accidentally booked Four Seasons Total Landscaping, leaving Giuliani to make his unsupported assertions in a parking lot next to an adult bookstore and across from a crematorium.

The PR event went further awry when a reporter broke the news to Giuliani that networks had just projected Biden as the 46th US President.