In Pennsylvania, Another Harsh Rejection by US Appeals Court of Trump’s “Stolen Election” 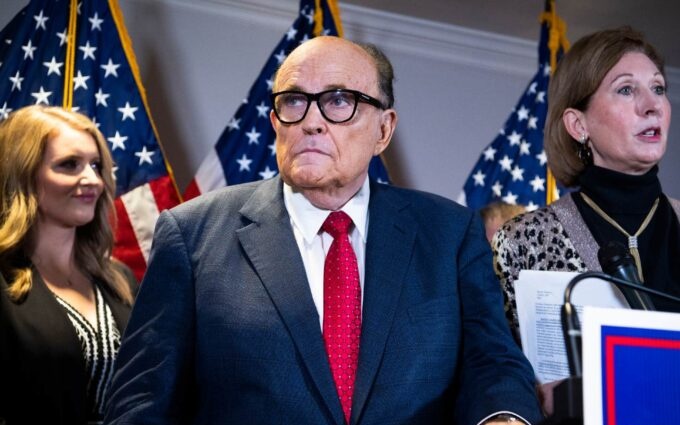 A US appeals court has delivered another stinging blow to Donald Trump’s attempt to overturn the Presidential election.

The 3rd Circuit of Appeals in Philadelphia ruled on Friday that the Trump campaign cannot halt or try to reverse Pennsylvania’s certification of President-elect Joe Biden’s victory by almost 82,000 votes.

Judge Stephanos Bibas, a Trump appointee, wrote in the 21-page unanimous ruling of the three jurists:

Calling an election unfair does not make it so….

Free, fair elections are the lifeblood of our democracy. Charges require specific allegations and then proof. We have neither here….

The judges said the Trump campaign was engaging in “repetitive litigation”, saying that the imperative was “counting every lawful voter’s vote, and not disenfranchising millions of Pennsylvania voters who voted by mail.”

They said the campaign’s arguments, which protested mail-in ballots, had “no merit”, were “vague and conclusory”, and would lead to a “drastic and unprecedented” denial of voting: “That remedy would be grossly disproportionate to the procedural challenges raised.”

The ruling echoed the blistering rebuke of US District Court Judge Matthew Brann last weekend, denouncing the “Frankenstein’s monster” brought by Trump’s attorneys, including Rudy Giuliani. He wrote of “strained legal arguments without merit and speculative accusations” that were “unsupported by evidence”.

A Federal judge in Atlanta, also appointed by Trump, has denied an emergency request to halt the certification of Georgia’s vote as it “would breed confusion and disenfranchisement…[with] no basis in fact and law”.

Trump’s legal team said they would persist with his long-shot hope of getting a case before the US Supreme Court, appealing Friday’s ruling.

Jenna Ellis announced the intention while attempting a bizarre putdown of the US Appeals Court judges, one appointed by Trump and two by George W. Bush:

.@RudyGiuliani and me on Third Circuit’s opinion:

The activist judicial machinery in Pennsylvania continues to cover up the allegations of massive fraud.

We are very thankful to have had the opportunity to present proof and the facts to the PA state legislature.

Even if the Supreme Court backed Trump, it would only return the case to US District Judge Brann for further aciton. Giuliani said at the hearing in the US District Court, “This is not a fraud case.”

The US Appeals Court noted in its ruling, “The Trump Presidential campaign asserts that Pennsylvania’s 2020 election was unfair. But as lawyer Rudolph Giuliani stressed, the campaign ‘doesn’t plead fraud’.”

Pennsylvania’s outcome, with the 20 electoral votes for Biden, was certified on Tuesday by Gov. Tom Wolf. The key states of Georgia (16), Michigan (16), and Nevada (6) have also carried out certification.

A partial recount of the vote in Wisconsin, with its 10 electoral votes, has added to Joe Biden’s victory of more than 20,000 ballots.

The Trump campaign paid $3 million for the recounts in Milwaukee and Dane Counties.

The state is scheduled to certify its outcome on Friday.