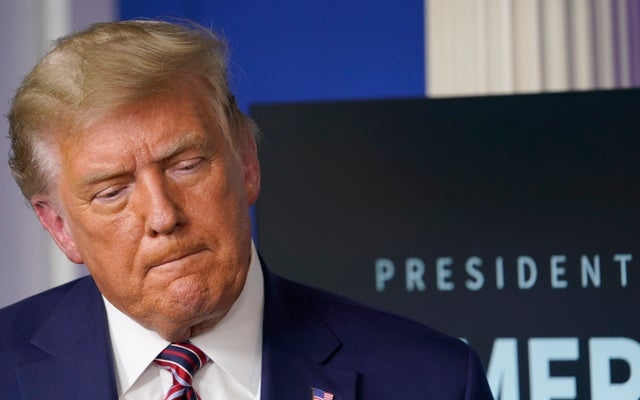 Federal Judge Matthew Brann dismisses yet another lawsuit by Donald Trump’s team seeking to overturn the US Presidential election, this time in Pennsylvania.

The judge said Trump’s campaign, asking for the effective disenfranchisement of Pennsylvania’s almost 7 million votes, should have come to court “armed with compelling legal arguments and factual proof of rampant corruption”.

Instead, he summarized, the campaign provided only “strained legal arguments without merit and speculative accusations” that were “unsupported by evidence.”

The Trump lawsuit accused Pennsylvania Secretary of State Kathy Boockvar and several counties, with largely Democratic populations, of unfairly handling mail-in ballots. It asserted a plot with Boockvar directing Democratic counties to give vote voters who had submitted mail-in ballots with minor flaws the opportunity to “cure” them, while counties with mostly Republican populations did not alert voters about the possibility.

Brann, a former Pennsylvania Republican Party official and a member of the conservative Federalist Society, said the argument was like Frankenstein’s monster: “haphazardly stitched together”.

He ruled that the Trump campaign, with no standing to make the claim, could not prove it had suffered harm from the “curing” process. In a scathing rebuke, he summarized:

This Court has been unable to find any case in which a plaintiff has sought such a drastic remedy in the contest of an election, in terms of the sheer volume of votes asked to be invalidated. One might expect that when seeking such a startling outcome, a plaintiff would come formidably armed with compelling legal arguments and factual proof of rampant corruption….

That has not happened. Instead, this Court has been presented with strained legal arguments without merit and speculative accusations, unpled in the operative complaint and unsupported by evidence. In the United States of America, this cannot justify the disenfranchisement of a single voter, let alone all the voters of its sixth most populated state. Our people, laws, and institutions demand more.

Judge Brann was also unsparing in his criticism of the tactics of the Trump legal team, including Rudy Giuliani:

Plaintiffs have made multiple attempts at amending the pleadings, and have had attorneys both appear and withdraw in a matter of seventy-two hours. There have been at least two perceived discovery disputes, one oral argument, and a rude and ill-conceived voicemail which distracted the Court’s attention from the significant issues at hand.

Trump lawyers Giuliani and Jenna Ellis, who staged a bizarre press conference laden with conspiracy theories on Thursday, said they would appeal and expected the case to reach the Supreme Court: “We are disappointed we did not at least get the opportunity to present our evidence at a hearing.”

To overturn Biden’s 306-232 triumph in the Electoral College, Trump’s attorneys must get court decisions overturning Pennsylvania and at least two other states.

Attorneys for Trump or Trump supporters have had their cases dismissed in 31 of 33 lawsuits so far. The two minor victories affected only a few hundred ballots in Pennsylvania.

Some Republicans Break Away from Trump

But some Congressional Republicans joined the still-small but significant calls on Trump to accept his loss and a transition to power for the Biden Adminsitration.

Sen. Pat Toomey of Pennsylvania said in a statement that Trump “has exhausted all plausible legal options”, as results “confirm that Joe Biden won the 2020 election”.

He congratulated Biden and Vice President-elect Kamala Harris and urged Trump to “accept the outcome” for his own legacy and “to help unify our country”.

Rep. Liz Cheney of Wyoming, the third-ranking Republican in the House, said Trump should uphold his oath of office and acknowledge Biden as President-elect.

America is governed by the rule of law The President and his lawyers have made claims of criminality and widespread fraud, which they allege could impact election results. If they have genuine evidence of this, they are obligated to present it immediately in court and to the American people.

If the President cannot prove these claims or demonstrate that they would change the election result, he should fulfill his oath to preserve, protect and defend the Constitution of the United States by respecting the sanctity of our electoral process

Trump sneered on Twitter that Toomey is “no friend of mine” and said that he would appeal the decision. He attacked Cheney with a non sequitur, “You’re just unhappy that I’m bringing the troops back home where they belong!”

Sen. Susan Collins of Maine challenged Trump for “pressure” on Republican-majority State legislatures to dismiss the popular vote and recognize Trump’s electors for the December 14 decision in the Electoral College.

There is a right way and a wrong way to compile the evidence and mount legal challenges in our courts. The wrong way is to attempt to pressure state election officials. That undermines the public’s faith in our election results without evidence and court rulings to support the allegations.

Trump failed on Friday to persuade or coerce a delegation of leading Michigan Republican legislators, having summoned them to Washington.

But he indicated on Twitter that he would continue the unprecedented effort to throw out electoral outcomes with legislative imposition of his electors: “Hopefully the Courts and/or Legislatures will have the COURAGE to do what has to be done to maintain the integrity of our Elections, and the United States of America itself.”