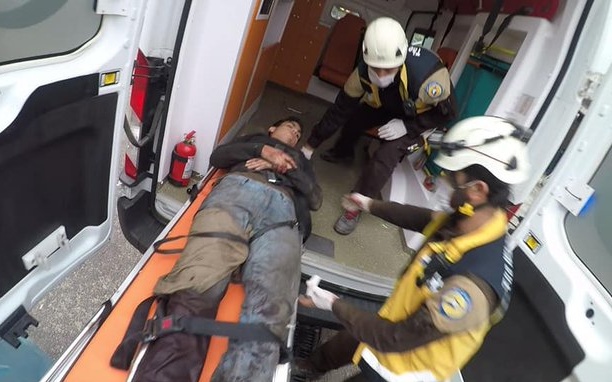 Ongoing Assad regime shelling has killed a 4-year-old girl and damaged homes in the town of Ariha.

Now it is midnight. A few moments ago we buried Sidra, after we stayed next to her dead body in the hospital for three hours until her displaced uncle managed to arrive to give her a farewell kiss and bury her body with us.

Everyone here is tired. Our hearts are broken for Sidra and for hundreds of thousands of civilians in Ariha and all Syria who live in fear and tragedy every day, not only because of Corona and displacement but the shells that are still chasing them.

In her four years, she knew nothing but death and war, she lived alone with her grandparents most of her life until the regime sent a missile that ended her life tonight. Sidra, a new pain story written by the regime's criminality, after targeting #Ariha City this evening. pic.twitter.com/U2tdxxGKTo

Assad regime forces have persistently shelled parts of Idlib despite a March ceasefire declared by Russia and Turkey. Moscow’s warplanes, as well as those of the regime, have periodically killed civilians with bombing.

One of the four children slain on Wednesday was on her way to school in Ariha. Two staff members of a humanitarian organisation, partnered with Save the Children, were also killed.

At least four civilians in the town were killed on October 28 by regime shelling of homes and a market.

Two more children were killed in Kafraya in their homes. A primary school was struck as about 150 students were in their classrooms.

A teacher at the school said, “Shrapnel filled the playground and also reached the indoor parts of the school. If there had been any children outside, this would have been a disaster.”

A 10-year-old boy was slain in Idlib city.

Dozens of people were wounded by the shells.

Panic and death spread among civilians in #Ariha City and #Idlib this morning after regime forces shelled several cities in northern #Syria killing 7 people, including 4 children, so far. Scenes from #WhiteHelmets search and rescue operations. pic.twitter.com/sJbSSchuks

Sonia Khush, Save the Children’s Syria Response Director, called on the international community to finally take action over the attacks. She added, “Civilians continue to bear the brunt of attacks like this. We call on all warring parties to make sure children and civilians are protected and to respect international and humanitarian law.”

The Russian-regime offensive between April 2019 and March 2020 killed about 2,000 civilians, wounded thousands, and displaced more than 1.4 million people in Idlib, Hama, and Aleppo Provinces.