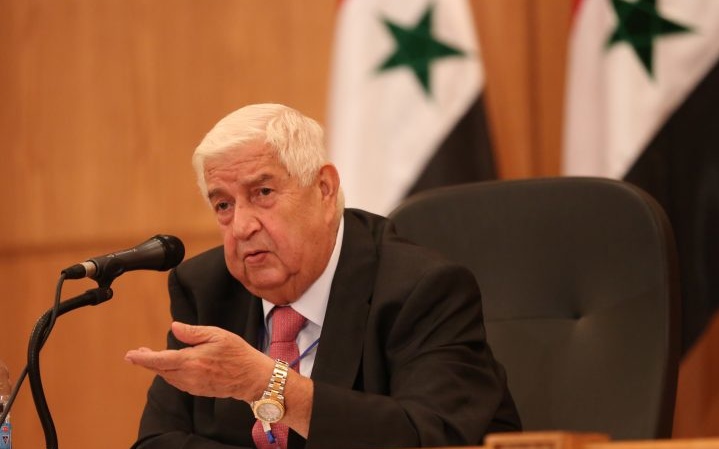 The long-time Foreign Minister of Syria’s Assad regime, Walid al-Moallem (pictured), has died at the age of 79.

Regime media announced the death on Monday of Moallem, a staunch Assad loyalist who had been in the post since 2006: “He was known for his honorable patriotic positions.”

He had been in poor health with heart problems. His last significant public appearance was in late September at the UN General Assembly, where he railed against Turkey, the US, and their “terrorist agents”.

The statement echoed the Foreign Minister’s ritual denunciation, including at the 2019 General Assembly, ““Any foreign forces operating in our territories without our authorization are occupying forces and must withdraw immediately.”

Moallem also assailed the US sanctions of the Caesar Act, implemented in June over the regime’s crimes against humanity including the deaths of tens of thousands of detainees through executions, torture, and poor conditions.

Moallem, from a Sunni family in Damascus, was prominent in negotiations with Israel in the 1990s on a possible peace settlement. He was also Ambassador to the US and held the title of Deputy Prime Minister.