“The Most Dangerous Prison” in Northwest Syria 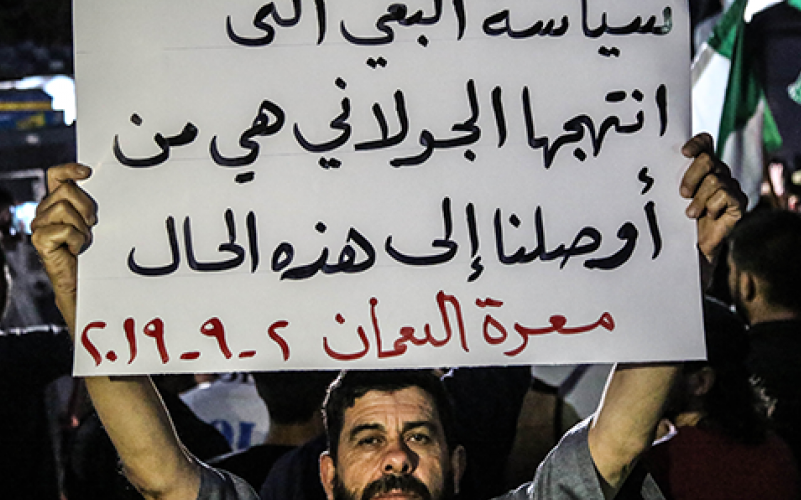 Writing for Syria Untold, Ahmad Obeid reports on “one of the most dangerous prisons in northwest Syria”, run by the hardline jihadist bloc Hay’at Tahrir al-Sham.

The Oqab prison is built across 11 poultry farms in the mountains in Idlib Province, much of which has been controlled by HTS since it defeated other anti-Assad factions in 2017. Part of the complex, once intended as a regime security facility, is in a cave.

Human rights organizations and the UN Commission of Inquiry on Syria have accused HTS of widespread abuses, and Obeid documents the poor conditions through testimonies from foreign detainees.

One of them, “Ismail”, spoke of his breathing difficulties from poor ventilation:

Nobody cared about our health conditions, no matter how far they deteriorated. When a prisoner would pass out, no measures were taken to help, except taking him out to the tashmisa [a sunny corner] for a few minutes before bringing him back to the cell.

He also described skin conditions such as eczema from isolation cells and sitting in sewage water.

“Nothing Can Stop The Beating”

“Hamza”, a volunteer with the White Helmets civil defense, was detained after a Facebook post reporting a retreat by anti-Assad forces.

During his first month in Oqab, he was tortured for two hours each day with electric shocks and wooden sticks beating his fingertips.

Hamza was finally told he was being held for “working against” HTS and tortured for another two months:

Nothing you do there can stop the beating. Denial only leads to more torture.

I mulled over the idea of admitting to the charge, but I was well-aware that confessing would be the death of me…No prayers would save me then. This is the only thing that gave me strength to continue denying the charges.

Other detainees were seized for expressing solidarity with Druze women and children kidnapped by the Islamic State and with Kurdish activists calling for rights, and for filming destruction of civilian sites by Russian and regime bombing.

Some were tortured at Oqab with the same techniques that they had endured in regime prisons earlier in the Syrian uprising.

Hussam spoke of being beath on the head and shoulders with plumbing pipes and whipped with electrical cables. He was suspended next to a friend “whose screams I could hear while he was being tortured for about three hours”.

He recalls, “For a few minutes, I considered confessing to be spared.”

Held for two years, “Adel” was suspended upside down from a tackle used by blacksmiths and beaten with electrical cables and wooden sticks. He is still receiving treatment for injuries to his mouth and throat.

During the last year of imprisonment, the easiest torture method for them and the most harmful and harshest for my fellow inmates and I consisted of filling our mouths with salt and leaving it for about 10 minutes, then depriving us of water and food for a whole day. This created a feeling of total dehydration until we felt our throats almost breaking due to the extreme salinity and thirst.