Iran-Backed Militia in Iraq: We’ll Halt Attacks with Timetable for US Withdrawal 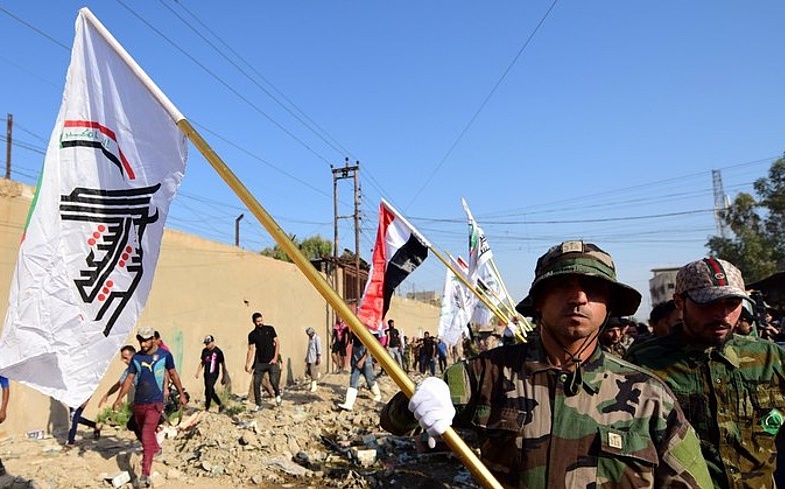 Iran-backed militias in Iraq say they will stop attacking US troops and personnel on Iraqi bases — if the Iraqi Government presents a timetable for a full American withdrawal.

Mohammed Mohi, spokesman for the Kata’ib Hezbollah militia, told Reuters: “The factions presented a conditional ceasefire. It includes all factions of the resistance, including those who have been targeting US forces.”

the militias had not set a deadline for Government action; however, “if America insists on staying and doesn’t respect the Parliament’s decision, then the factions will use all the weapons at their disposal”.

Kata’ib Hezbollah, which is supported by the Qods Force of Iran’s Revolutionary, regularly fires rockets on Iraqi bases where US personnel are stationed.

Attacks in December, which killed an American contractor and injured troops, led to the Trump Administration’s assassination of Qods Force head Maj. Gen. Qassem Soleimani. The general, an icon for Iranian activities in the Middle East, and Kata’ib Hezbollah leader Abu Mahdi al-Muhandis were slain by a drone strike outside Baghdad International Airport on January 3.

Iran responded with strikes on Iraqi bases which injured scores of American troops, but lost the political initiative when Revolutionary Guards air defenses downed a Ukrainian passenger jet on January 8. The shootdown killed 176 passengers and crew, including more than 100 Iranian citizens, and led to days of nationwide protests.

“You’re Not Welcome in the Country”

Kata’ib Hezbollah’s Modi warned that the rocket attacks on US forces and diplomats were a “message that you’re not welcome in the country” and that larger assaults will follow.

The US had up to 170,000 troops in Iraq after the 2003 invasion removing Saddam Hussein. The large majority were removed under the Obama Administration’s Status of Forces Agreement with the Iraqi Government in December 2010.

While American troops re-entered the country to fight the Islamic State, which seized much of Iraq in 2014, only 5,000 remained as of January 2020.

Analysts have noted the tension between the militias of the Popular Mobilization Forces and the Iraqi state and military.

Riyad Mansour explains that the proposed ceasefire is a likely response to pressure on Iraqi Prime Minister Mustafa al-Kadhimi to stop attacks on US personnel.

“There have been efforts behind the scenes to centralise these groups or at least the command structure, and that’s been one of the biggest challenges,” he notes.

The issue has also been part of nationwide protests over economic conditions, poor public services, and corruption. Many demonstrators have criticized the Iranian influence in Iraqi affairs, with other groups criticizing the Americans and defending the militias.

The Iraqi Parliament voted in January for the departure of American forces.

The US military has been slowly drawing down its deployment, but is insisting on restrictions on the militias.