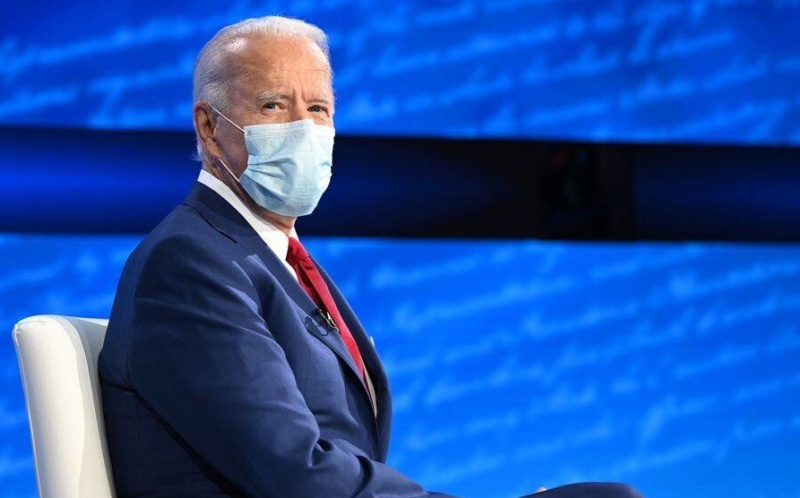 The consternation among the Trump campaign and supporters over Trump’s discomfort and disinformation — contrasting with Joe Biden’s assured answers in his Town Hall meeting — is evident in the defensive output from pro-Trump outlets.

Trump campaign manager Tim Murtaugh fumed that Biden was not asked about the New York Post “exclusive” — likely based on disinformation and possibly connected to a campaign involving Trump’s lawyer Rudy Giuliani and Russian entities — over the business deals of Biden’s son Hunter.

Pajamas Media is upset over the interviewing of Trump by NBC News’s Savannah Guthrie, widely praised elsewhere for her testing questions: “Savannah Guthrie Was a Good Pet for Her DNC [Democratic National Committee] Masters”.

Fox News captures both dimensions of the disquiet in a singled headline, “Trump Faces Grilling, Biden Not Asked About Hunter’s E-mails”.

In his first Twitter activity this morning, Donald Trump retweeted a satirical article from the Babylon Bee, not realizing that it is a fiction:

Twitter Shuts Down Entire Network To Slow Spread Of Negative Biden News https://t.co/JPmjOrKPcr via @TheBabylonBee Wow, this has never been done in history. This includes his really bad interview last night. Why is Twitter doing this. Bringing more attention to Sleepy Joe & Big T

Speaking in Philadelphia’s Town Hall, Biden had a calm, issue-filled discussion with ABC News’s George Stephanopoulos, putting the emphasis on effective management of pandemic, unity, and decency in office.

In Miami, Florida, Trump was often angry as he put out one false claim after another, insisted that the US is “rounding the corner” as Coronavirus surges again, and refused to separate himself from conspiracy theorists — prompting NBC News’s Savannah Guthrie to say he was the President, not “someone’s crazy uncle”.

The split-screen discussions were set up after Trump, ill with Coronavirus, refused a virtual second Presidential debate with Biden. It is now scheduled for October 22.

Biden challenged Trump’s handling of the virus through denial and disinformation, noting that it contrasted with his private acknowledgement to journalist Bob Woodward in February of the “deadly stuff”.

He missed enormous opportunities and kept saying things that weren’t true….The President was informed how dangerous this virus was.

He noted that in February, he had urged the Administration to reform the Global Health Security and Defense Unit of 44 officials and experts, disbanded by Trump in May 2018. The Administration did not act on the request.

Biden also mentioned Trump’s slow response to calls for the use of the Defense Production Act for private companies to make vitally-needed medical and personal protective equipment. He summarized that, had appropriate measures been pursued in the spring, there could have been a safe reopening of businesses, schools, and universities this summer and autumn.

Trump continued to push aside the containment measures such as the wearing of masks. Asked if he had taken a required test on September 29, the day of the first Presidential debate and two days before he revealed his infection, Trump refused to answer: “Possibly I did, possibly I didn’t.”

He again shrugged off the virus, rising again in more than 40 of 50 states with the highest daily cases since late July.

We’re a winner. We have done an amazing job. And it’s rounding the corner. And we have the vaccines coming and we have the therapies coming.

The remarks bore out Biden’s statement almost 1,200 miles away:

Trump was defensive and evasive over his threat not to accept the outcome of the November 3 election, and his past statements on white supremacists and the conspiracy movement QAnon.

He rowed back on his position since July that he might not leave the White House if he loses to Biden: “They talk about, ‘Will you accept a peaceful transfer?’ And the answer is yes, I will.”

However, he continued with his line that Biden, currently leading by 9% to 10% in national polls and ahead in 10 of 13 swing states, would only triumph through fraudulent ballots: “I want it to be an honest election, and so does everybody else.”

Trump returned to his “all sides” argument, from his excusing of white supremacist violence in Charlottesville, Virginia in 2017, when asked about the movements. He said he denounced white supremacy but immediately switched to the supposed menace of “Antifa” and the Left.

Asked to disavow the conspiracy theorists of QAnon, whose views he has been promoting through retweets, Trump initially said, “I just don’t know about QAnon.”

Pressed by Guthrie, “You do know”, Trump modified his position to say he did know that “they are very much against pedophilia” like everyone else.

In fact, QAnon — who have several Republican advocates running for US Congressional seats in November — have risen with the lie that a Deep State cabal of Satanists and pedophiles are purusing a coup against Trump.

Trump told Guthrie he was simply sharing “an opinion of somebody”.

“You’re the president!” the interviewer replied. “You’re not, like, someone’s crazy uncle who can retweet whatever.”

Trump also appeared to confirm a New York Times investigation, based on his tax returns and business documents, that he is heavily in debt rather than a self-declared multi-billionaire.

Responding to the revelation — in addition to his failure to pay any Federal tax in 10 of the past 15 years — that he must repay $421m in loan obligations in the next four years, he said, “When you look at vast properties like I have…the amount of money, $400m, is a peanut….Not a big deal.”

Biden: “A Right to Know Where I Stand”

Biden took on questions about current issues, in the context of current events and his record of more than 40 years in Washington DC.

Asked if he would expand the Supreme Court in response to Trump’s unprecedented effort for confirmation of arch-conservative Judge Amy Coney Barrett before Election Day, Biden noted that he has previous opposed the idea.

But he said he would consider his position in light of how Senate Republicans proceed with the rushed confirmation, saying voters would know his stance by November 3.

Black questioners also pressed Biden on his positions on racial and social issues, elevated by anti-racism marches since the killing of George Floyd by a police officer on May 25.

A co-author of the 1994 crime bill, Biden was asked about its effect on mass incarceration. He conceded that elements were a “mistake” and indicated that it was time for a review, with conditions changing “drastically” in the last 25 years.

The mother of a transgender daughter asked Biden what he will do to protect LGBTQ+ rights.

He responded bluntly, “I will flat out just change the law,” pledging that his Administration will ensure both her daughters had the same rights and opportunities.

Biden also took on a series of questions about his environmental and energy plans, including whether fracking will continue and how the economy and climate are linked: