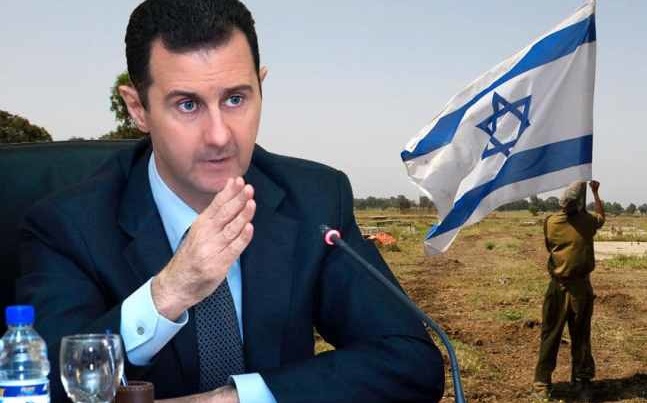 In a sharp change of position, Syria’s leader Bashar al-Assad has said he will consider normalizing relations with Israel.

Assad told Russian State outlet Sputnik that “normal relations” are possible if he can “restore all Syrian land”, a reference to the Israeli-occupied Golan Heights.

Under Assad’s father Hafez, Syria had high-level talks with Israel at and after the international Madrid Conference of 1991. They continued through the 1990s but eventually stalled.

Our position has been very clear since the beginning of the peace talks in the 1990s, almost three decades ago, when we said that peace for Syria is correlated with regaining our rights.

We cannot hold normal relations with Israel until we restore our lands. The matter is very simple.

Throughout Syria’s 115-month conflict, the Assad regime has tried to portray the Syrian opposition as an instrument of Israel, the US, Turkey, and Arab states such as Saudi Arabia.

Trying to check Iran’s involvement in the conflict and to prevent arms transfers to Lebanon’s Hezbollah, Israel has recurrently bombed regime and Iranian facilities and positions.

But Ibrahim Hamidi, a senior diplomatic editor at the Asharq al-Awsat newspaper, recently speculated that the regime’s silence on normalization accords between Israel, the UAE, and Bahrain — and its hope for money for “reconstruction” — might point to Damascus’s interest in talks with Israel to ease US sanctions.

Assad gave no explanation for his shift. And he hedged, “Holding talks will be possible only when Israel is ready to return the occupied Syrian lands, but they never been ready, not now, not ever.”

The Israeli Government has not responded.