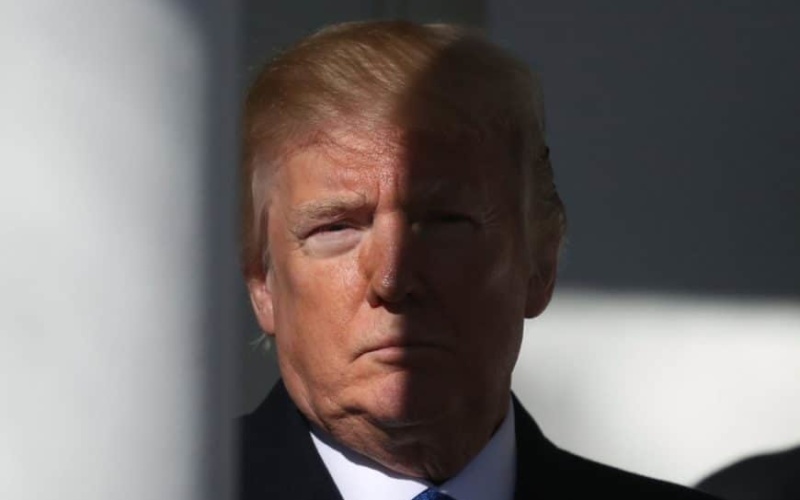 Donald Trump links the rushed confirmation of his Supreme Court nominee to his plan for November’s election, refusing to leave office if he loses to Democratic candidate Joe Biden.

Trump flagged up the plan in a statement to reporters on Tuesday and then in White House appearance on Wednesday.

Asked about his unprecedented attempt to confirm an arch-conservative Justice, replacing Ruth Bader Ginsburg who died last Friday, in the six weeks before the November 3 vote, Trump linked the effort to his repeated lie that mail-in voting is fraudulent.

“What they are doing with the ballots is a hoax,” he proclaimed.

"We need 9 justices. You need that. With the unsolicited millions of ballots that they're sending … you're gonna need 9 justices." — Trump suggests he's counting on SCOTUS to have his back when he makes claims of election fraud following November's election pic.twitter.com/Ju8ShMe8MN

A Heritage Foundation project found less than 1,300 fraudulent mail-in votes in the last 40 votes of US elections.

But Trump, who fears that the process will favor Biden and Democratic candidates for Congress, has spent months putting out disinformation about the ballots. He is supported and enabled by his political ally, Attorney General William Barr.

Yesterday Trump again ruled out leaving the White House if his plan fails and Biden wins the Electoral College.

“Get rid of the ballots and there won’t be a transfer [of power]. There will be a continuation,” he assured.

Reporter: "Win, lose or draw in this election, will you commit here today for a peaceful transferal of power after the election?"

President Trump: "We're going to have to see what happens." pic.twitter.com/h5RF3dKPD1

Trump first tipped off his plan in July. Asked by Fox TV’s Chris Wallace if he would accept the electoral verdict, he said, “Wait and see.”

He’s threatening the election process and saying out loud what everyone has assumed he’s been thinking. The more he makes these arguments, the more he normalizes the fact that this can be part of the conversation.

Even if meant to distract, these are powerful words to come from a President. He’s clearly accelerating his effort to set up a challenge to an outcome that is unfavorable to him.

Trump has been boosted by the success of Senate Majority Leader Mitch McConnell in quashing any resistance by Republican Senators to the confirmation plans for the new Supreme Court Justice. Arch-conservative judge Amy Coney Barrett seen as the favorite to be nominated by Trump on Saturday.

The opposition of Sen. Lisa Murkowski raised the prospect that defections would overturn the 53-47 GOP majority, but the acquiescence of Sen. Mitt Romney — the 2012 Republican Presidential nominee who is often insulted and ridiculed by Trump — sealed McConnell’s triumph.

After Trump’s declaration on Wednesday, Romney expressed alarm at the plan which he may have assisted.

Fundamental to democracy is the peaceful transition of power; without that, there is Belarus. Any suggestion that a president might not respect this Constitutional guarantee is both unthinkable and unacceptable.

Rep. Adam Schiff, who led the impeachment proceedings against Trump early this year, called on Administration officials to display resistance through resignation.

Schiff: This is a moment that I would say to any republican of good conscience working in the administration, it is time for you to resign. pic.twitter.com/EcQ6nMtad4

And historian Michael Beschloss went back to the 1860s for a Presidential comparison.

In a private memorandum, Abraham Lincoln wrote on August 23, 1864, “…[I]t seems exceedingly probable that this Administration will not be re-elected. Then it will be my duty to cooperate with the President-elect, as to save the Union…."

When Chief Justice Roger Taney died 27 days before the 1864 elections, Lincoln postponed any nomination of a replacement until after the election.