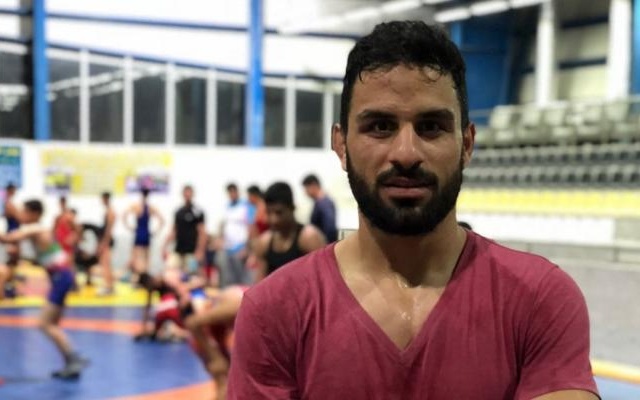 The department said, “Foreign embassies should not become the mouthpiece for Iranian opposition groups and should at the very least adhere to diplomatic norms.”

The Foreign Ministry summoned Germany’s ambassador in Tehran on Monday over an Embassy tweet condemnihg of the execution.

“It is not acceptable for legal constitutions to be ignored in order to silence dissenting voices,” the Embassy wrote. It added that Afkari’s two brothers, imprisoned for 54 and 27 years, “need our solidarity”.

A German Foreign Ministry spokeswoman said there were “considerable doubts about the rule of law in the proceedings”, including Afkari’s claim that he “confessed only under torture”.

The Iranian Foreign Ministry denounced German “interference in the internal affairs” of the Islamic Republic.

Tehran’s complaint failed to deter the European Union’s foreign affairs spokesperson Peter Stano from saying that the EU is opposed to the death penalty “under all circumstances and cases with no exception”: “It is a cruel and inhumane punishment.”

Five independent UN human rights experts said in a statement expressing condolences to Afkari’s family, “It is deeply disturbing that the authorities appear to have used the death penalty against an athlete as a warning to its population in a climate of increasing social unrest.

One of the last statements from Navid Afkari before his execution early Saturday, in an audio tape smuggled out of prison:

If I’m executed, let everyone know that in the 21st century — with all its human rights mechanisms, international organizations, security councils — an innocent person has been executed while he struggled & fought with all his might.

Afkari was convicted of stabbing a water company security guard to death. The head of the Justice Department in Fars Province, Kazem Mousavi, said that the execution was carried out “after legal procedures were carried out at the insistence of the parents and the family of the victim”.

The award-winning wrestler said he was tortured into making a false confession, and his attorney Hassan Younesi said there was no proof of his guilt.

Younesi said Afkari’s family were refused a visit with him before the execution, as required by law. He asked authorities on Twitter, “Were you in so much hurry to execute the sentence that you also deprived Navid of a last meeting?”

On Tuesday, a global union representing 85,000 athletes called for Iran’s expulsion from world sport if Afkari was put to death.

ORIGINAL ENTRY, AUGUST 31: Iranian authorities have imposed another death sentence on a participant in the country’s mass protests in 2018 and 2019.

A Shiraz court condemned Navid Afkari (pictured), a medal-winning wrestler, with two death sentences over his involvement in marches in August 2018 about economic conditions.

Afkari was arrested with his two brothers and charged with forming a group to act against the regime and killing a security agent.

The protests in 2018 were spurred by a historic fall in the Iranian currency, feeding inflation and adding to unemployment and declining productivity and trade. They spread across the country from Shiraz to the capital Tehran to cities such as Mashhad, Ahwaz, and Kermanshah. Hundreds of people were detained, with Iranian officials claiming that three police personnel and a protester were slain.

Afkari claimed that he was tortured in prison, including a plastic bag over his head and alcohol poured into his nostrils. His brothers Vahid and Habib have been sentenced to 54 and 27 years respectively.

Mass nationwide protests have recurred, including in November 2019 after the Government suddenly raised petrol prices by 50% to 200%. More than 300 demonstrators were killed by security forces.

In recent weeks, Iran’s judiciary has announced a series of death sentences on protesters, although the Supreme Court has paused the executions of three activists amid the social media campaigns “Don’t Execute” in Persian and “Stop Executions in Iran” in English.