Hunger in Syria as Assad Regime Struggles with Imports 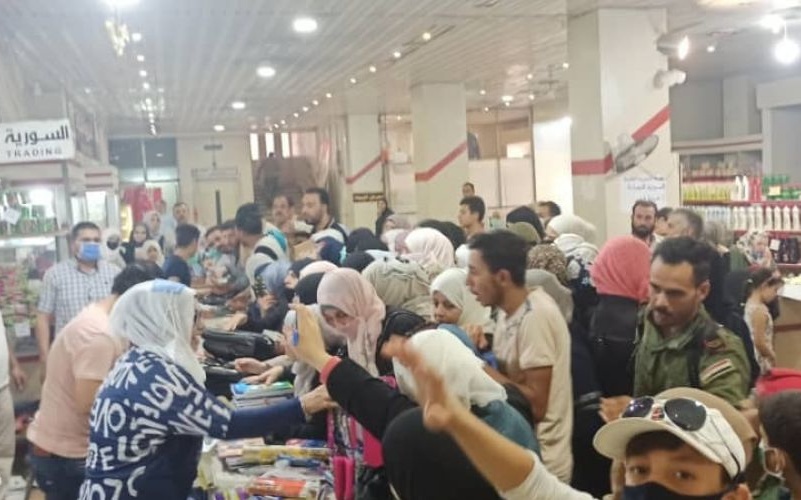 Food shortages, with sharply rising prices, are intensifying across regime-held areas of Syria.

Syria Direct summarizes the latest difficulties for the Assad regime in importing vital goods such as sugar, rice, and wheat. It has announced multiple tenders, but many are unfilled amid difficulties in providing foreign currency for payment.

On August 20, the World Food Program assessed that 9.3 million people — more than half of Syria’s population — are “food insecure”. That total is the same as May’s estimate, but the WFP says an additional 2.2 million are at risk of falling into the category.

The WFP says the cost of basic goods such as oil and sugar is 350% higher than at the same time last year.

In June, soon after the firing of Prime Minister Imad Khamis, the Cabinet commanded the Trade and Economy Ministries “to ensure the availability of essential goods at the Syrian Trading establishment outlets”. The Interior Trade and Consumer Protection Minister, Talal Barazi, insisted in early August that there is “no need to fear”, with “abundant” wheat supplies.

But two weeks later, the head of the Syrian Trade Establishment, which sells basic goods at subsidized rates, told the regime outlet al-Watan that “companies have faced difficulties” in imports with supplies failing to arrive.

Discontent has spread to the regime military, with a prominent commander, Col. Maan Eissa, arrested on August 20 over a Facebook post criticizing poor rations for his troops.

Syria Report, a specialist newsletter on economic affairs, says three regime tenders this year to import 25,000 tons of sugar have not been filled. There was a severe shortage of rice before a shipment arrived in late July, with the price rising 50%.

Only one of five wheat tenders has been filled, with two extended until mid-September. Domestic production of 2.2 million tons per year meets only half of the demand of 4.3 million tons. The situation has been compounded by a ban by the Kurdish autonomous administration, which controls much of northeast Syria, on sales of wheat to other areas.

Problems with a new “smart card” system for subsidized ration have meant that families have had to resort to buying basics on the open market, with prices double to triple the subsidized rate.

Relaxations of limits on importers have failed to ease the shortages because of the sharp depreciation of the Syrian pound. The currency sank from less than 600:1 v. the US dollar in late 2019 to more than 2,000:1 on the open market this spring.

The deterioration reinforces the assessment of Imran Riza, the UN representative in Damascus, from May: “We are seeing children going to bed hungry now, which we did not see before. The reality now is simply that people can’t afford food.”