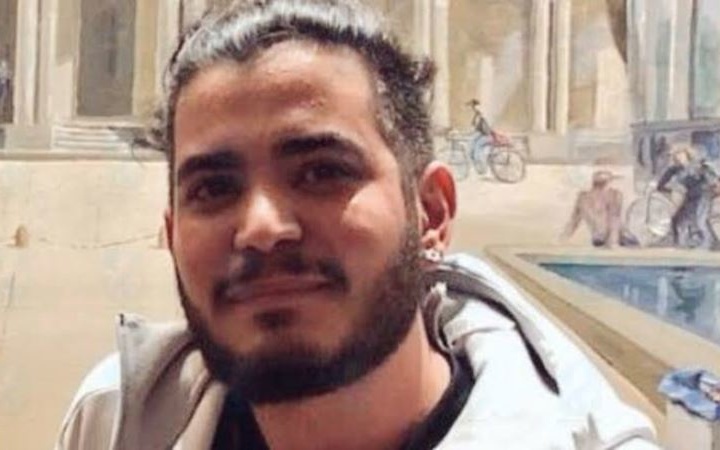 The father of a young protester on Death Row has committed suicide.

Mohammed Moradi, whose son Amir Hossein (pictured) was condemned over participation in mass protests in November 2019 about economic conditions, killed himself on Monday night in the basement of his home.

The reformist site Emtedad News said the causes of the suicide were “high psychological pressure,” “uncertainty”, and “concern about the execution of his son”.

Amir Hossein Moradi was arrested and kept in solitary confinement, allegedly being beaten during interrogation, before he was one of three demonstrators sentenced to death by a Revolutionary Court in Tehran.

Moradi’s mother said of her husband:

Before taking his life, he used to talk about his son until the last moment and wished that one day they would all sit at the same dining table again….

Hours after the suicide, the security forces were present at the house, as well as several reporters linked to the state-run Radio and TV network, who demanded an interview.

The November 2019 protests were sparked by the Government’s sudden escalation of 50% to 200% in petrol prices. The demonstrations spread across more than 100 cities and 29 of Iran’s 31 provinces.

Security forces killed at least 304 people, according to Amnesty International’s detailed examination. Thousands were detained during and after the four-day protests.

Over the summer, the Iranian judiciary stepped up its sentencing of demonstrators in 2018 and 2019 gatherings. Earlier this month, medal-winning wrestler Navid Afkari was executed over involvement in August 2018 marches about economic conditions.

In July, UN human rights experts strongly condemned the death sentenced imposed on three protesters, noting claims of torture to obtain confessions, and called for the verdicts to be overturned.