EA on Monocle 24, BBC, and talkRADIO: Why Biden Fared Better in A Train-Wreck Debate 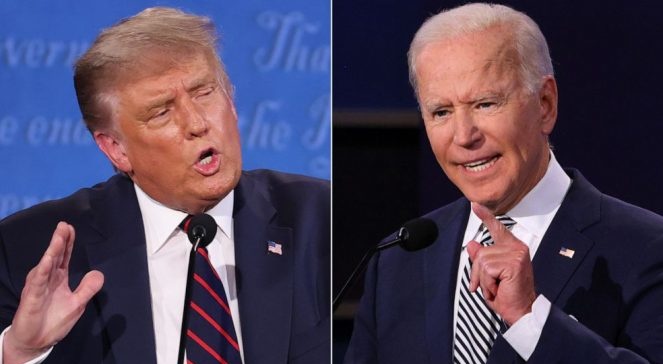 I had further discussions, alongside Trump supporters, with BBC Radio 2’s Jeremy Vine and with talkRADIO’s Julia Hartley-Brewer about the outcome of the first Presidential debate.

The conversation on the BBC was marked by the threat of Jan Halper-Hayes, former Global Vice President of Republicans Overseas, to hang up the phone when she was asked for an example of an issue on which Joe Biden “flip-flopped”.

Having dealt with that, I spoke further with Vine about the issues which were — and were not — addressed during the debate.

Biden was able to cut through the hectoring and barracking to address American on key issues such as ObamaCare, the threat of Coronavirus, and the need to address equality and decency in dealing with social and racial matters.

Because Trump was attack-attack-attack, he didn’t bring anything positive to the table. The problem for Trump is that this has led to headlines that feature his support for white supremacy groups.

On talkRADIO, the discussion with Greg Swenson of Republicans Overseas is far more cordial and constructive.

ORIGINAL ENTRY: I spoke on Wednesday with Monocle 24’s Emma Nelson about the first debate between Joe Biden and Donald Trump, clearing the wreckage to explain why the Democratic Presidential nominee is likely to have lost less — if not won more — in the debacle.

I begin with Trump’s attempt at chaos, disrupting Biden to get to the key points that the former Vice President was able to get across. Combined with Trump’s lack of any positive points — and the self-inflicted damage of support for a white supremacist militia — I note that Biden, leading in the polls, can afford no movement among voters but Trump cannot.

Then it’s a look ahead to what most media coverage is missing today — the next debate is not between Biden and Trump, but between the Vice Presidential candidates Kamala Harris and Mike Pence. That encounter takes on added importance after last night’s episode.

TrumpWatch, Day 1,349: Biden “Wins” By Disqualification as Trump Denigrates Election and Calls on White Supremacist Militias to “Stand By”

Donald Trump’s intention was to crash the engine, the caboose, and everything in between.

But despite being rattled, there were moments when Biden spoke to camera and to the American people rather than back at Trump.

Those are the key moments. When he asked, “Do you someone with an empty chair because of a death from Coronavirus? Who is to blame to that?” When he spoke about race: “We believe in equality. We believe in decency.”