EA on BBC: The Significance of a Supreme Court Justice Barrett 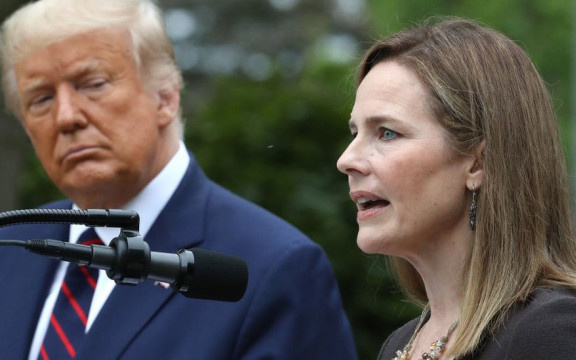 I joined BBC Radio Scotland’s Isabel Fraser on Saturday to discuss the significance of Amy Coney Barrett on the US Supreme Court.

We consider the likely restriction on access to abortions, the threat to legal and undocumented immigrants, the rollback of gender and voting rights and of environmental regulations, and the burial of ObamaCare.

And we also discuss how Donald Trump hopes Barrett’s seat on the Court will protect him if he defies the outcome of the Presidential election on November 3.

On the rush to confirm Barrett, given Senate Majority Leader Mitch McConnell’s 11-month blockade of the Obama Administration’s nomination of Judge Merrick Garland in 2016:

But Mitch McConnell doesn’t deal in being moral or ethical. He deals in trying to obtain power. One of his key objectives in backing Trump is getting as many conservative judges as possible.

See also TrumpWatch, Day 1,346: As Trump Nominates Barrett, Another 709 Americans Die From Coronavirus
EA on Monocle 24 and Radio FM4: Can Trump Get Away With Rejection of A Lost Election?