EA on TimesRadio: The Changing Place of Militias in US Politics and Society 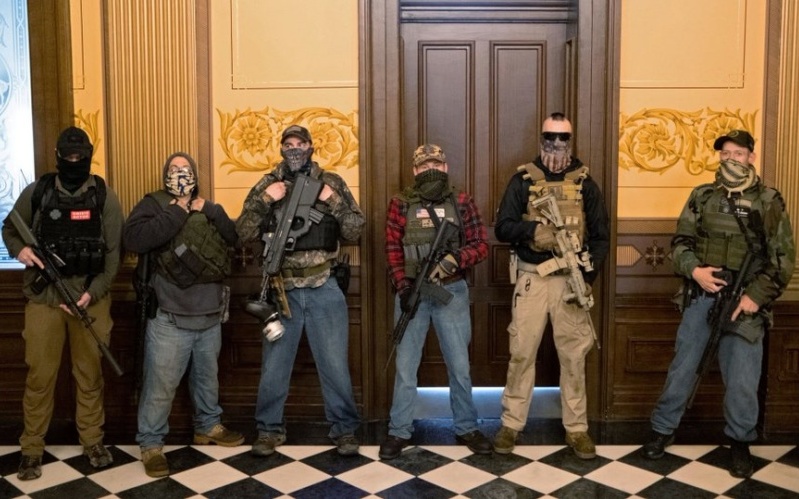 I joined TimesRadio’s Stig Abell on Tuesday to put the current rise of right-wing militias, including their alliance with Donald Trump, in the context of US history.

We discuss how “militia” changed from being the first line of defense in the young US republic, to a force for white power in the 20th century, and then from an anti-Government movement to a Trump partner in the era of Coronavirus and marches over racial and social issues.

We also situate the emergence of Black militia in the context of the Black Panthers from the 1960s.

‘Far right’ and black militias have been linked to protests and unrest in the US following the deaths of African Americans at the hands of police.

One difference between the UK and the US is the prevalence of guns. But let’s be honest here: there’s also a leader, Donald Trump, who has not called for militias to disarm or step back from confrontation — but has encouraged right-wing militias to challenge politicians and other Americans.