TrumpWatch, Day 1,327: Biden on Military and Coronavirus, “Words of a President Matter”; Trump — Biden is “Stupid” 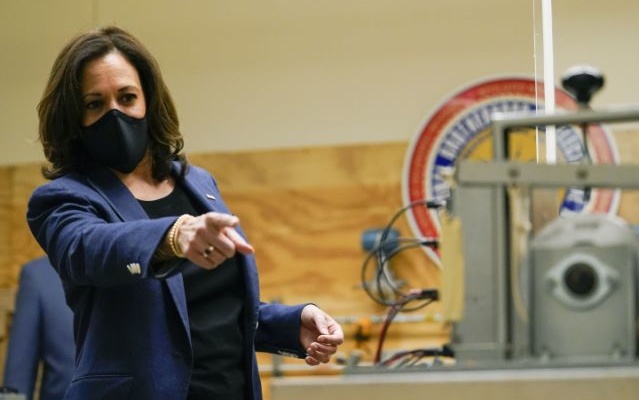 Democratic Presidential candidate Joe Biden emphasizes leadership in a Labor Day speech, saying that “the words of a President matter” on issues from the Coronavirus pandemic to the US military.

Donald Trump makes a snap White House appearance to declare that Biden is “stupid” and Vice Presidential candidate Kamala Harris is “not a competent person”.

Harris met privately with the family of Jacob Blake, the Black man recovering after being shot seven times by a police officer on August 23, and then spoke with business owners in Milwaukee, Wisconsin. Vice President Mike Pence, who also visited the swing state, did not mention Blake; instead, he proclaimed that a Biden Administration would “lead to violence” in US cities.

Joining a virtual event of the labor organization AFL-CIO, Biden set out the deaths from Coronavirus, “nearly 30 million unemployed”, and the effect on another seven million part-time workers.

This pandemic has crushed our country. The sad thing is it didn’t have to be this bad. It’s not this bad in other countries.

Then Biden turned to Trump’s remarks about the war dead and veterans.

When it comes to veterans, he’s downright un-American. I’ve never said that about a President ever, ever, ever, but calling those have served, risked their lives, even gave their lives to our nation, losers and suckers….These are heroes.

He spoke of his late son Beau, who served in Kosovo and Iraq: “He didn’t serve with losers and suckers. He served with heroes. He served with American patriots. And none of the veterans you know were losers or suckers.”

I’m sorry if I’m coming close to losing my temper, but the simple truth is, if that’s how you talk about our veterans, you have no business being president of the United States of America. Period.

He also denounced Mr. Trump, in unsparing terms, for reportedly saying that he could not understand why people chose to serve in the military. (Mr. Trump has denied making the remarks.)

After her visit with the Blake family, whom Biden met last week, Harris spoke with the Milwaukee business owners about inequalities that have been highlighted by the pandemic, including access to broadband for education and schooling.

“[This] has been an accelerator in many ways, and one way that we talked about it in particular is highlighting the disparities in technology based on race,” she said.

She pledged more support for small businesses if elected:

What we know about small businesses and small-business leaders is they are not only leaders in business, they are civic leaders. They hire locally. They understand the jewels that exist within their community and the need to then encourage all of the good things that can happen in those communities.

Counting on the October release of a vaccine to give him a boost in the November 3 election, Trump lied that Biden and Harris are spreading “reckless anti-vaccine rhetoric” because they have said that the distribution of a vaccine should be based on safety and efficacy rather than political motivations.

Biden countered by noting Trump’s previous claims for cures such as the unproven drug hydroxychloroquine, ingestion of disinfectant, and ultraviolet treatment.

One of the problems with playing with politics is he’s said so many things that aren’t true, I’m worried if we do have a really good vaccine, people are going to be reluctant to take it. He’s undermining public confidence.

But pray God, we have it — if I could get a vaccine tomorrow, I’d do it. If it cost me the election, I’d do it. We need a vaccine and we need it now.

Trump has sidelined the Government’s top experts Dr. Anthony Fauci and Dr. Deborah Birx in favor of Fox TV commentator and neuroradiologist Dr. Steve Atlas. He has quashed guidance from the Centers for Disease Control and Prevention, and bumped the Food and Drug Administration into false statements about convalescent plasma as an effective treatment.

But he insisted on Monday that he was upholding the science over a virus which he claimed would cost “almost zero” lives and “will soon disappear”.

Under my leadership we’ll produce a vaccine in record time….You could have a very big surprise coming up.

While denying his “losers” and “suckers” remarks, Trump launched another attack on the military:

I’m not saying the military is in love with me, the soldiers are. The top people in the Pentagon…want to do nothing but fight wars so that all of those wonderful companies that make the bombs and make the planes and make everything else, stay happy….