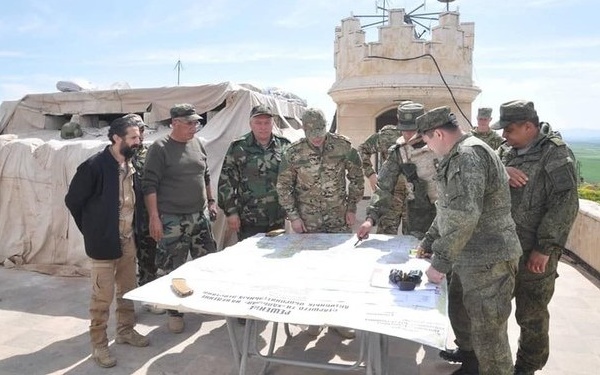 Russia has renewed its threat of renewed attacks in opposition-held northwest Syria, setting aside the Russian-Turkish ceasefire agreement from March.

Foreign Ministry spokeswoman Maria Zakharova claimed anti-Assad forces are “committing violations” against pro-Assad positions and the Russian air base in Hmeimim. She said Turkish-Russian patrols have been suspended along the M4 highway across Idlib Province because of “‘terrorists’…not ceasing their provocations in the security corridor”.

She said stability can only be assured in the greater Idlib area, where more than 3 million Syrians live, by “eliminating the epicenter of terrorism there”.

However, pro-Assad shelling of southern Idlib has been persistent during the supposed halt of attacks, and anti-Assad forces have retaliated with attacks on regime checkpoints. Russia has bombed opposition territory, causing civilian casualties, on several occasions, amid protests against Turkish-Russian patrols along the M4 highway.

Russia has escalated its threat of a renewed offensive over the past month. Last week Moscow threatened a renewed offensive against “militants of terrorist groups”. Both pro-Assad and opposition social media accounts speculated about an assault on the Jabal al-Zawiya region.

On Friday, a crew from Turkey’s TRT World filmed pro-Assad heavy artillery shelling, pursued for almost a week, on the town of Kansafra in Jabal al-Zawiya.