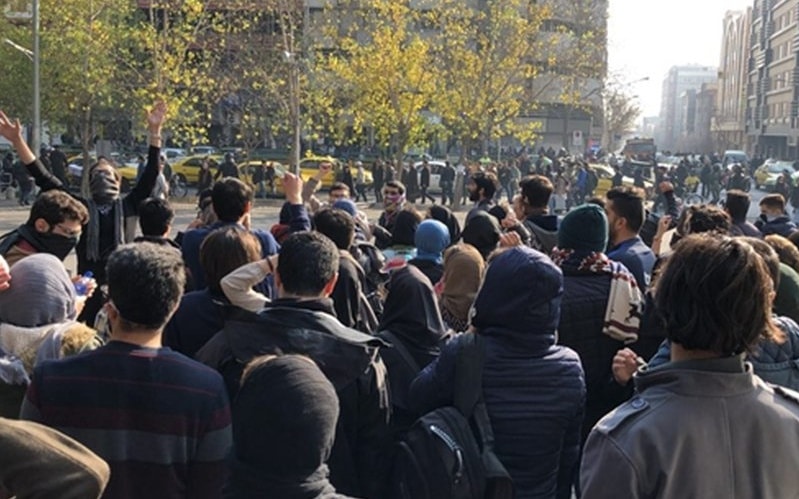 Iranian authorities have executed a participant in the December 2017 mass protests across the country.

Mostafa Salehi was hanged on Wednesday. He was convicted of shooting a member of the Revolutionary Guards.

Iranian media reported that the execution was demanded by the Guardsman’s parents.

“The silence of the international community about the execution of Salehi can be considered a green light for more executions,” warned Mahmoud Amiri-Moghaddam, director of the Oslo-based Iran Human Rights group.

ORIGINAL ENTRY, AUGUST 2: Iran’s Supreme Court has upheld death sentences on five participants in nationwide protests at the end of 2017.

The five men, from Isfahan in central, were condemned on Thursday, according to “a source with knowledge about the case”.

Friends of the protesters — Mehdi Salehi Ghaleh-Shahrokhi, Mohammad Bastami, Abbas Mohammadi, Majid Nazari, and Hadi Kiani — claim that the sentences are based on confessions obtained by abuse in detention.

Isfahan’s judiciary branch had denied on July 25 that executions are imminent: “So far no confirmation has been received from higher judicial authorities regarding the enforcement of any ruling in this case.”

An “informed source” said that the defendants’ families were informed that the cases are being considered by the judiciary’s Pardons and Amnesty Commission.

To keep their families quiet, the authorities have promised they will be pardoned on the occasion of Eid-e Qorban [July 31]. But the families were worried that they might carry out the executions in secret. That’s why they held a gathering [in front of the judiciary branch [on Wednesday].

The source said, “The families have been put under pressure not to share any information or speak to the media. The families have kept quiet all this time because they were promised their children would be pardoned.”

There has been no report of a pardon issued for this weekend’s Eid al-Adha religious celebrations.

Iran has had recurrent nationwide protests over economic conditions, with declines in production, employment, trade, and investment, and a drop of more than 80% in the value of the Iranian currency since 2018.

Thousands of people rallied for more than a week in cities across Iran in December 2017-January 2018. At least 22 people were reportedly killed by security forces.

A source said the five defendants were arrested weeks after the protests, during a raid in the Jouyabad neighborhood in Isfahan. Families were not told for 40 days about the men’s whereabouts, or that they had been taken by the intelligence branch of the Revolutionary Guards.

Nine other men arrested in the raid have been sentenced to prison terms of five to six years.

Two weeks, the Supreme Court paused the executions of three men arrested during another wave of protests, in November 2019, over economic conditions.

Iranian activists have launched the social media hashtags “Don’t Execute” in Persian and “Stop the Executions” in English to challenge the death sentences.