UPDATED: 8 Killed in Another Bombing in Opposition-Held Northern Syria 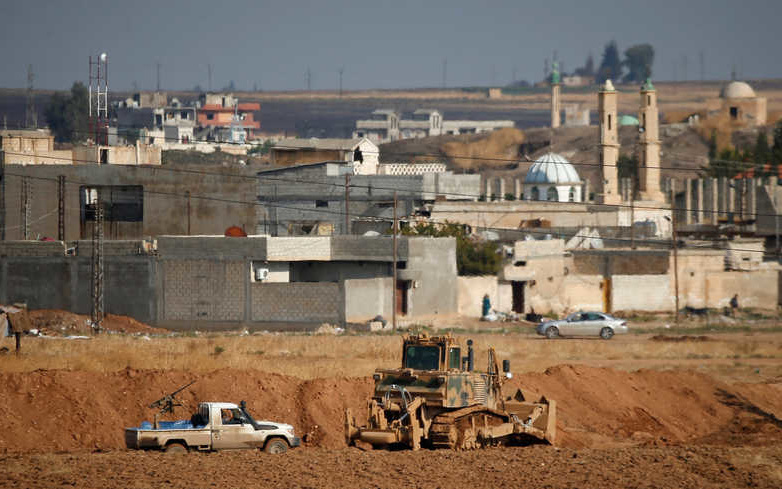 The second bombing this week near the Syrian border town of Ras al-Ain has killed at least five people.

There was no immediate claim of responsibility, but Turkey officials suspect the Kurdish militia YPG.

ORIGINAL ENTRY, JULY 27: At least eight people have been killed and 19 wounded in the latest bombing in opposition-held northern Syria.

The bomb, either in a car or on a motorcycle, was detonated in a vegetable market in the border town of Ras al-Ain on Sunday morning.

The town was claimed by Turkish forces and anti-Assad fighters, from the US-supported Kurdish militia YPG, in a brief offensive last October. Ankara’s incursion occupied a border corridor extending east across the Euphrates River to the Iraqi border, across the Kurdish cantons of Kobani and Cezire.

There have been recurrent bombings in Ras al-Ain and in opposition-held towns in northwest Syria, taken from Kurdish forces by Turkish-rebel operations in early 2018.

On July 19, bombs in Afrin and near Azaz killed at least five people and wounded 98.

Turkey blames the YPG militia, which it considers as part of the Turkish Kurdish insurgency PKK. However, the YPG is the leading faction in the US-backed Syrian Democratic Forces, which removed the Islamic State from northeast Syria in operations between autumn 2015 and March 2019.