EA on Monocle 24: Triangle of Tension — Canada, Mexico, and Trump’s US 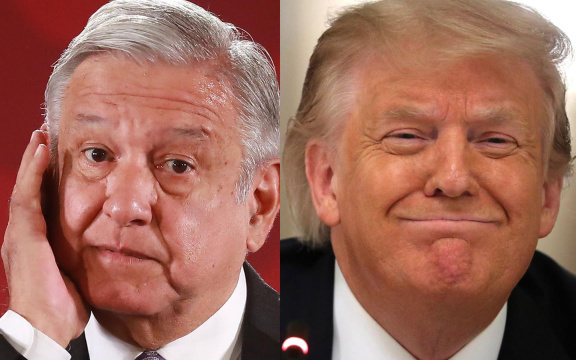 On the eve of Mexican President Andrés Manuel López Obrador’s visit to Washington, I spoke with Monocle 24’s Georgina Godwin about tensions and maneuvers in the relationship among Mexico, Canada, and the US.

We review the US-Mexico-Canada Agreement, the revision of the North America Free Trade Agreement, which came into effect on July 1.

Then, along with Monocle correspondent Tomos Lewis, we assess the politics and economics which has led Canadian Prime Minister Justin Trudeau to steer clear of Donald Trump, while López Obrador takes a chance appearing with a Donald Trump who has called Mexicans “rapists”, “thugs”, and drug dealers while pinning his legacy of a mythical Wall.

When you visit Trump, he doesn’t see it as a meeting of equals. He sees it as paying homage to him — unless you’re Vladimir Putin.

I suspect López Obrador is not making this visit for right now, but as a marker for after November when there might be a different US President.