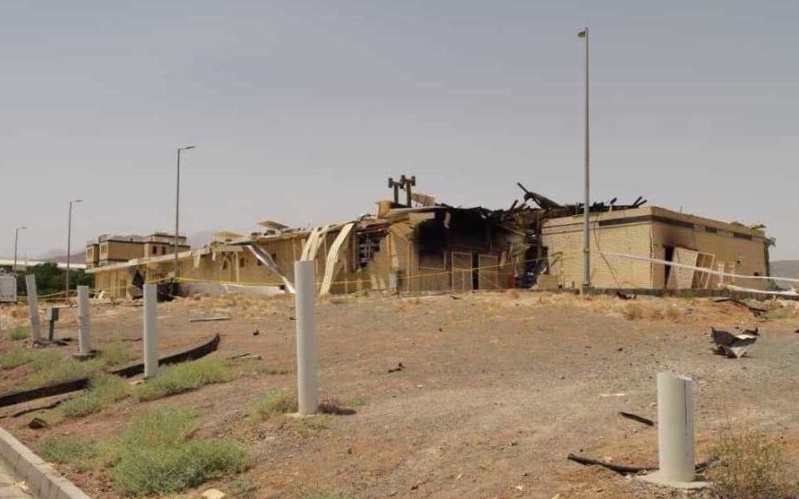 Iran has acknowledged “a deliberate attack” on its Natanz nuclear facility last Thursday.

Nour News, a site close to the Supreme Council of National Security, posted a commentary on Tuesday about the blast at the “centrifuge assembly line”. It said “the combination of intelligence, logistics, action and the volume of destruction” pointed to an attack rather than an accident.

The detonation damaged an above-ground building reportedly used for balancing advanced uranium centrifuges. Nour News said it had capacity for 60 IR-4 and IR-6 centrifuges, with another building built for taller centrifuges. It summarized:

The attack was launched at 2 am to make sure that there were reduced security arrangements in place and in order to prevent casualties.

On the other hand, an attack on the underground enrichment site would have entailed danger of radioactive leak and international consequences. So, the attack was carried out in the building where there was no nuclear material.

The installation of the advanced centrifuges began last summer as part of Iran’s suspension of commitments under the 2015 nuclear deal, following the Trump Administration’s withdrawal and imposition of comprehensive sanctions.

From Denial to Admission of Sabotage — But Who?

An “informed Iranian security official” had asserted just after the attack that there was no evidence of sabotage. But at the weekend, a SNSC spokesman said findings were being withheld, “Due to some security considerations, the cause and manner of this incident will be announced at a proper time.”

A previously-unknown group, “Panthers of the Homeland”, claimed responsibility for the blast. The faction said it has carried out a series of attacks on regime targets. It offered no evidence to support the claims.

The New York Times, citing a “Middle Eastern intelligence official with knowledge of the episode”, reported on Sunday that Israel planted a bomb in the building. The newspaper also quoted “a member of the Islamic Revolutionary Guards Corps who was briefed on the matter” that an explosive was used.

Israeli Defense Minister Benny Gantz did not deny involvement while saying, “Not every event that happens in Iran is necessarily related to us.”

Foreign Minister Gabi Ashkenazi said at a conference on Sunday, “Iran cannot be allowed to have nuclear capabilities….We take actions that are better left unsaid.”

Nour News said yesterday that its commentary sought to shed light on “ambiguities”. It tried to reassure readers that the Natanz plant is constantly protected by “defensive anti-aircraft guns”.

Two weeks ago, there was a blast and fire at the Parchin military site, which Western intelligence agencies have claimed was connected to Iran’s military nuclear program in the early 2000s. Iranian officials insisted that a gas storage tank had exploded.

From 2009, the US and Israel pursued cyber-attacks to disrupt the centrifuges. Officials claimed that the operations altered the computer code of Iran’s industrial equipment and destroyed about 1,000 centrifuges, setting back the nuclear program for more than a year.