Russia’s Elite Extend Power With New Constitution — But Can They Maintain It? 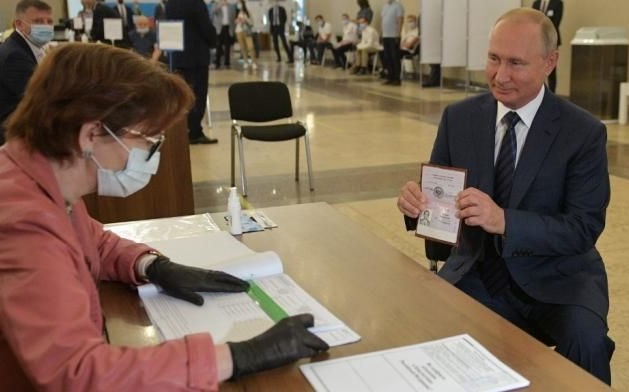 Almost 78% of Russians voted in favor of amendments to the Constitution in last Wednesday’s referendum, according to the official count.

Announced by the Kremlin on January 15 and approved by the Duma in March, the referendum nominally secured political legitimacy for the changes. They include stretching Vladimir Putin’s presidential term to 2036, a ban on same-sex marriage, increased spending on “National Projects”, and the embedding of Russia’s “faith in God” into law.

The voting, which began on July 25, lasted almost a week to ensure high turnout and avoid crowds in the midst of the Coronavirus pandemic. According to the Central Electoral Commission, turnout was 68%. The highest levels of support were in Crimea, Chechnya, and Tuva, where 90% voted for the amendments.

Polling agencies suggested for months that the result would be Yes, even after the Covid-19 outbreak postponed the vote in April and damaged Putin’s strongman reputation.

Still, some analysts rejected the outcome, accusing the Kremlin of corrupt methods to garner support. Reporters for Western media outlets accused the Kremlin of using prizes and gifts to secure votes. Claims circulated that people in Moscow and Nizhny Novgorod could cast votes both in person and electronically.

Observers within the country also questioned the validity of the referendum. Before voting officially began, Muscovites reported that bookshops were selling copies of the new Constitution. The independent election monitor Golos received reports of pressure being placed on voters by employers and figures of authority.

Many in Russia are fed up with the system. Interviewing Russians on the outcome of the vote, Deutsche Welle spoke to one woman who summarized, “People are just tired of it all.” A man said, “It doesn’t matter what we do, it won’t change anything.”

Taking to Radio Free Europe, opposition politician Aleksei Navalny asserted, “The updated ‘results’ are a fake and a huge lie. They have nothing in common with the opinion of Russia’s citizens.”

These reports are in the fog of politics, where opposing sides take their claims to the extreme. Whereas Western outlets and the Russian opposition cried fake, State site Russia Today anointed the first-ever “truly Russian constitution”.

Western reporting has focused on what the amendments mean for Putin and his Presidency. But for many of Russia’s 146 million people, the concern is not who holds power but whether the State can provide them with a social and financial safety net.

For many, changes to the constitution offers a welcome round of welfare reforms. Some spoke to foreign outlets of the promise to improve health care. Others looked to a social contract in which minimum wage matches living conditions and pensions are regularly indexed.

But the reality, in contrast to the image, is that the new constitution’s guarantee is only of the consolidation of power by an elite group. The portrayal of a democratic process has been a cover for the elevation of that group, politically and economically, through institutions such as the empowered State Council.

Russia’s future will hinge upon whether the elites will be able to keep spinning these reforms in their favor. Putin’s reputation has begun to crack under the weight of the Coronavirus pandemic. If the promised welfare does not materialize, disenchantment with the elite may sway voters even further away from the President and his administration.