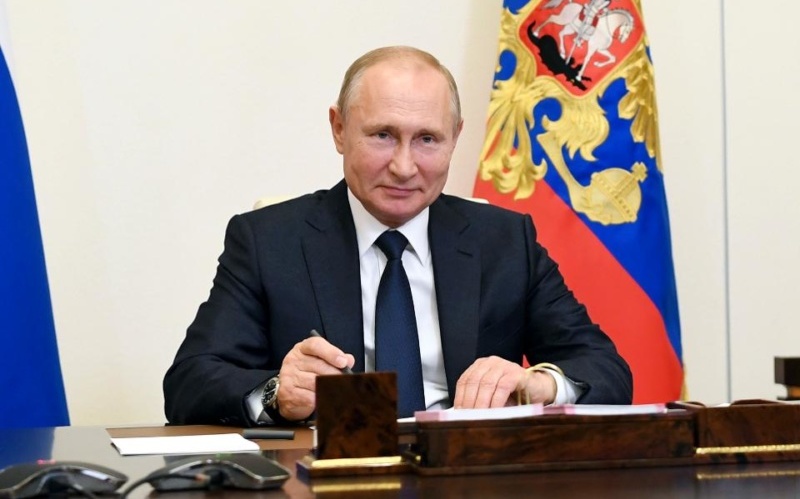 By the end of this year, despite uncertainty over the COVID-19 pandemic, Russia will have completed a series of sweeping changes to its Constitution.

Media coverage outside Russia has often concentrated on what these amendments mean for President Vladimir Putin, focusing on the man rather than the system.

This is a distraction. The changes are about life beyond Putin. They will consolidate a regime of corruption that will govern Russia’s social, political, and economic structures for years to come. The changes will benefit the small group at the heart of this system, legitimizing their place in the future of a young, post-Soviet country.

In flux since their announcement on January 15, the amendments finally approached confirmation in March. Key changes include:

● Allowing the State Duma to approve or reject Presidential positions
● Ensuring that any Presidential candidate has resided in Russia for 25 years
● Creating a constitutional “clean-slate”, allowing Putin to restart his terms
● Regulating minimum wage and pension variables.
● Allowing the Federation Council to dismiss judges in the court system
● Moving the State Council from an advisory body to a branch of the Federation
● Increase spending and resource allocation to the “national projects” announced in 2018 and due to be complete by 2024

Focusing on the amendment extending Putin’s terms beyond 2024, Western journalists have labelled him the “forever President”, and flooded the Internet with critical pieces on the future of his ‘dictatorship’. With the attention to the individual, these accounts fail to provide an effective analysis of what these reforms mean for Russia.

Russian State-sponsored media outlets, such as Russia Today, have argued that the changes transform Russia from a “super-Presidential” system to one that is more politically balanced.

These reports have failed to account for the fundamentally corrupt nature of the measures, which stabilize an oligarchy that will surpass Putin. This narrow faction will find political and economic legitimacy, while the strengthening of bodies of power under the reforms will remove the incentive for them from pursue responsibility.

This is the “sistema”, a concept coined by Prof. Alena Ledeneva of the University College London. The social and economic system will be cemented by the amendments. Dr. Derek Averre, a Russian specialist at the University of Birmingham, summarizes, “Putin reflects the system rather than the system reflecting Putin.”

When Putin was handed the presidency in late 1999, a sistema already existed. At its core were the oligarchs of the Yeltsin era. These figures had amassed a huge degree of wealth from the newly-marketized economy following the collapse of the Soviet Union. They used this wealth and power to control State operations.

The Putin era merely changed the figures at the center of the sistema. The inner circle now includes former military officials, or “siloviki”, members of the FSB intelligence service, and Putin’s close friends and family.

These interest groups do not want to be held accountable for their economic or political dealings. Unsurprisingly, they were supposedly the only ones within the government to know about the plans to reform the constitution before the amendments were announced.

The “Locus of Power”

The ruling group also exercises power over the State Duma, the main body of parliament where Putin’s United Russia Party holds 335 of 450 seats. This control stretches throughout the government; any redistribution of power is a facade.

Simmering conflict within this circle will be mediated by the changes. They will allow Putin to please those who support his Presidency by rewarding them with what they desire. This dynamic of co-dependency defines the social and economic structure of a large country.

Under the amendments, the State Council will be elevated from an advisory body to a formal part of the government, able to steer domestic and economic operations. Andrey Kortunov, head of the Kremlin-founded Russian International Affairs Council, summarizes, “The State Council becomes something like a collective Presidency.”

The amendments do not supercede these connections but reinforce them. Averre notes, “State elites, cooperation, security, and the military are where the locus of power really are.”

Or as Dr. David White of the University of Birmingham explains, “Leaders are important, but it is systems that are most important.”

The Business Elite and the “Everyday” Russian

The “national projects” being pushed by these changes aim to improve Russian lives, in areas such as healthcare and infrastructure, through use of the business elite.

The profits go to the inner circle who support Putin’s leadership in the “sistema”, offering Putin support in return for financial and political backing. They include the Rotenberg brothers, who practiced judo with the President as teenagers and now own Stroygazmontazh, the largest construction company for gas supplies in Russia.

Accelerating the projects through the constitutional amendments entrenches the oligarchy into the everyday lives of Russians and reinforces the system of corruption that binds the plutocracy.

How is this maintained? Dr. Averre explains that “Putin listens to the Russian people”, not for reforms but to turn any reaction to advantage for him and his inner circle.

Responding to the COVID-19 pandemic, Putin used the proclamation that “the health, life, and safety of the people is an absolute priority for us” to uphold the group’s authority in an emergency situation.

Even the postponed national vote on the amendments is a political formality. On March 12, the changes were approved by 2/3rd of legislative assembly regions in Russia, accepting them as law.

The Uncertainty of “Putinism Beyond Putin”

But there is still an uncertainty about “forever”. How will the groups at the heart of the “sistema”, spanning the public and private sector, interact?

This is where Putin is important and possibly unmatched. He is the current center of Putinism. There is no guarantee that, when he finally departs, those around that center will remain politically stable in a system where each expects to reap massive profits.

After all, it was only 30-years ago that Russia saw the collapse of a system that lost its legitimacy. That is well short of forever.