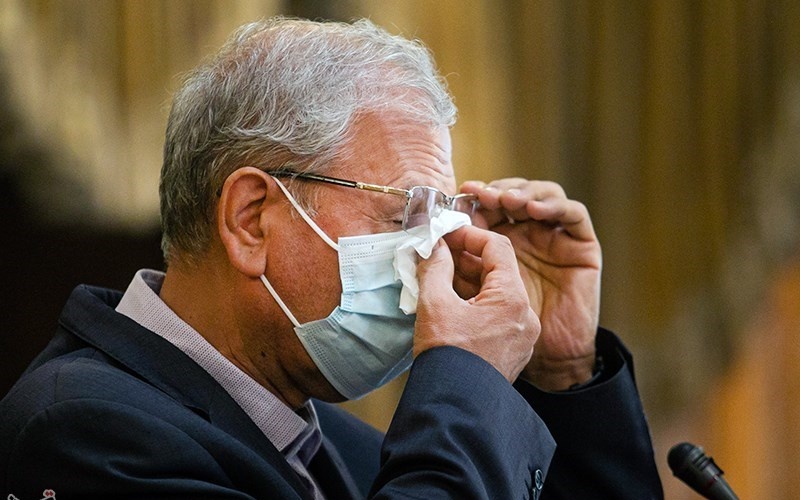 Iran has set a new official record for daily deaths from Coronavirus.

The previous daily high for deaths was 229 on July 21.

Rabiei (pictured) has been hospitalized, Iranian media reported on Monday.

The Health Ministry reported another 212 deaths yesterday, bringing the official total amid the virus’s resurgence to 15,912. Confirmed cases are now 293,606 with another 2,434 on Monday. More than 3,800 patients are in critical condition.

The initial wave of the virus in March killed two MPs, an advisor to Foreign Minister Mohammad Javad Zarif, Iran’s former Ambassador to the Vatican, a Revolutionary Guards commander, , a member of the Assembly of Experts, and two members of the Expediency Council, which advises the Supreme Leader.

Official cases fell to a low of 803 on May 2, but have soared after the Government began reopening businesses, mosques, restaurants, malls, universities, and other public spaces from April 2011.

Nine of Iran’s 31 provinces are “red zones”, and Tehran officials have declared an emergency situation. President Hassan Rouhani said on July 17 that 25 million of Iran’s 84 million population are infected.

Facing economic crisis, the Government has refused the reimposition of restrictions. However, on Saturday, Rouhani urged Iranian to observe health protocols and practice social distancing for this week’s Eid al-Adha celebrations.

Deputy Health Minister Iraj Harirchi, one of the first Coronavirus victims in March, asked people not to visit the holy city of Mashhad. He said cases have increased 300% in the past month in Iran’s second city.