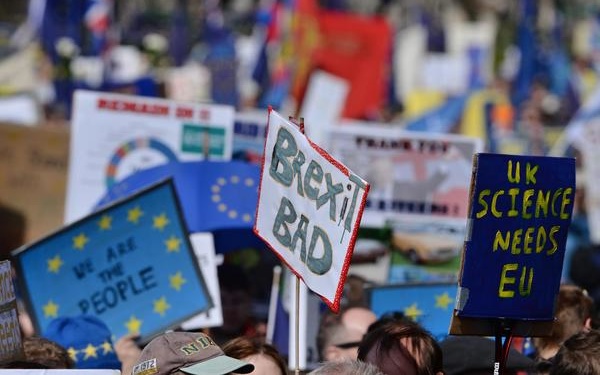 Co-written with Bryan M. Turner of the University of Birmingham for The Conversation:

Science is at the heart of the fight against COVID-19. While some scientists are busy developing drugs, vaccines and monitoring changes in the virus’s genetic material, others are studying the spread of the virus, informing policies that help to contain the infection. Science also underpins decision-making and treatment in hospital.

International collaboration is vital for science and medicine, and the pandemic has highlighted science’s global nature and the power of sharing ideas freely and widely. We’ve seen a massive rise in open access publications and researchers have embraced virtual meetings and conferences that bring together global expertise.

Science will also be crucial to the economic recovery. Directly or indirectly, virtually every element of the UK economy benefits from scientific research. And science is something that the UK excels at. With just 1% of the world’s population, the UK produces around 15% of the world’s most highly cited research publications. International companies recognize this excellence.

The UK’s scientific success depends on many factors, not least a network of research-intensive universities, and a long history of scholarship. But perhaps the most important factor is the international diversity and mobility of the UK scientific community.

Nearly 1/3 of academic researchers in the UK are from overseas. At earlier career stages, including PhD level, no less than half are foreign nationals. The exchange of ideas drives innovation and helps initiate the international collaborations that give UK science its global reach. In fact, around half of the UK’s research output is the result of international collaborations.

The UK scientific community hasn’t always been so diverse. Forty years ago, the UK research environment was far from dull but, except in the very best laboratories, foreigners were thin on the ground. So what caused things to change so radically?

In the mid-1980s, the nine countries of the European Economic Community, including the UK, drew up a plan to support and expand European science – to enhance both health and economic prosperity. Funding would be directed to research that was collaborative, cross-border and carried out in association with an industrial partner.

The first Framework Programme was launched in 1984 with a budget of €3.8 billion over three years. The funding level has steadily grown, along with community membership, with the latest programme – FP8 (renamed Horizon 2020) – running for seven years from 2013 with a budget approaching €80 billion. The next seven-year programme, Horizon Europe, will start next year and dispense a similar amount, even after reductions made in response to the COVID-19-induced financial crisis.

To put this in context, total research and development spending in the UK during the period of the FP7 programme (2006-13, the last for which complete figures are available) was €226 billion. Of this, 45% (€102 billion) came from industry, the Research Councils contributed 11%, charities 5% and just 3% (€6.9 billion) came from the EU.

EU money is valuable, of course, and many UK scientists have seen their research benefit from it. But by far the most important effect of the Framework/Horizon Programmes has been their impact on the UK’s scientific community.

More than 1/3 of postgraduate researchers and nearly one in five academic researchers, many at senior levels, are now from the EU. The UK’s diverse, vibrant, collaborative, and extraordinarily successful research community is attributable, in large part, to the vision and ambition of the EU Horizon programmes.

The UK left the EU at the beginning of 2020 and is now in a transition period during which it must negotiate a new relationship with the 27 remaining EU nations. For the future of UK science, it is essential that the country retains full access to Horizon Europe funding and maintains the network of collaborative links that has grown since the program’s inception.

That can be achieved through associate membership of the Horizon program. This would allow UK scientists continued full access to the collaborative grants and networks supported by the program. Several non-EU countries, including Norway, Switzerland, and Israel, already hold such membership. Yet, despite consistent warnings from the UK’s most eminent scientists, the government seems reluctant to grasp this opportunity.

The reluctance does not appear to be rooted in any antipathy towards science. Indeed, in the last budget, Chancellor Rishi Sunak pledged to significantly increase public funding for research and development, to reach 0.8% of GDP by 2024/25. But access to collaboration is also essential, as we have already seen so clearly in 2020. Science flourishes in an environment of free exchange of ideas and people.

The UK’s Global Talent Visa, adopted after sustained pressure from leading scientists, is a good starting point, providing fast and affordable access to talented scientists with a recognised source of funding, such as Horizon 2020.

But on its own, this is not enough. Time is running out, and so we call on the government to move beyond warm words and make a firm and binding commitment to negotiate associate membership of Horizon Europe. This requires setting aside, in the science budget, a sum of money to cover membership, probably around €2.6 billion per year.

This seems a lot, but most will be recovered in collaborative grants to UK scientists, leaving a residual amount to cover administration and what can be regarded as a membership fee. The residual amount is subject to negotiation, but with goodwill on both sides, agreement should not be hard to reach. The benefits to both sides of continued collaboration are priceless.

Leaving the EU should not mean the UK must sever its connections to a European network of scientists and collaborative links, on which UK science thrives. As science underpins the UK’s healthcare and economy, it is in everyone’s interest to keep those collaborations going. Failure to reach such an agreement will be most rapidly felt by patients awaiting the outcome of, or participating in, international drug target=”_blank”discovery work and clinical trials. Simply put, failure to act will cost lives.

We can’t tackle the huge global challenges we face in isolation – scientists must be able to work together across borders. 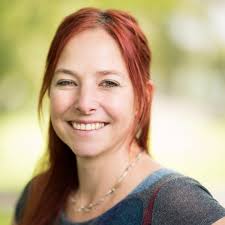 Alice Roberts is Professor of Public Engagement in Science at the University of Birmingham.