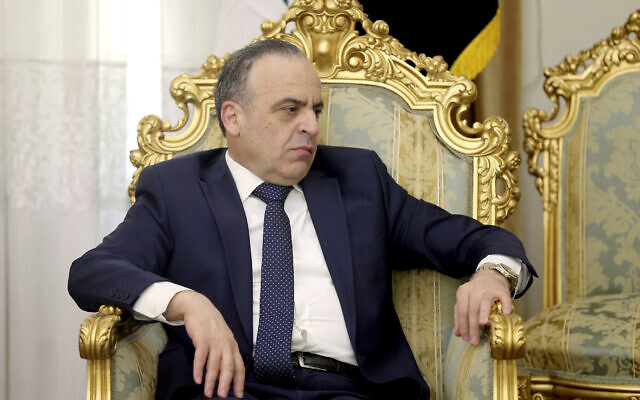 Beset by economic crisis and unable to fulfill his declaration of “retaking every inch” of Syria, Bashar al-Assad has fired Prime Minister Imad Khamis.

Assad did not give a reason for the dismissal of Khamis, Prime minister since 2016. The Syrian Presidency said in a statement:

President Assad has issued decree number 143 for the year 2020 which relieves the prime minister Imad Muhammad Dib Khamis of his position.

The government will continue to work until the next election.

The step comes amid a worsening economy, where GDP had already fallen 75% during Syrian 111-month conflict. There are widespread shortages of food and basic items, rampant inflation, and a currency which has lost almost 80% of its value since last autumn.

Russian outlets and individuals close to President Vladimir Putin have publicly criticized Assad, expressing concern about corruption and his handling of the political and economic situation.

Despite the Russian-enabled reoccupation of much of the country, the Assad regime has failed to carry out significant reconstruction. There have been protests in Daraa Province, the initial site of the 2011 uprising, and demonstrations in Suweida city in southeast Syria since Sunday.

New US sanctions, over the regime’s crimes against humanity, come into effect next week. The Caesar measure, named after the defecting regime military photographer who brought out photographs of thousands of detainees executed and killed by torture, is part of a National Defense Authorization Act.

Parliamentary elections, postponed earlier this because of Coronavirus, are scheduled for July 19.