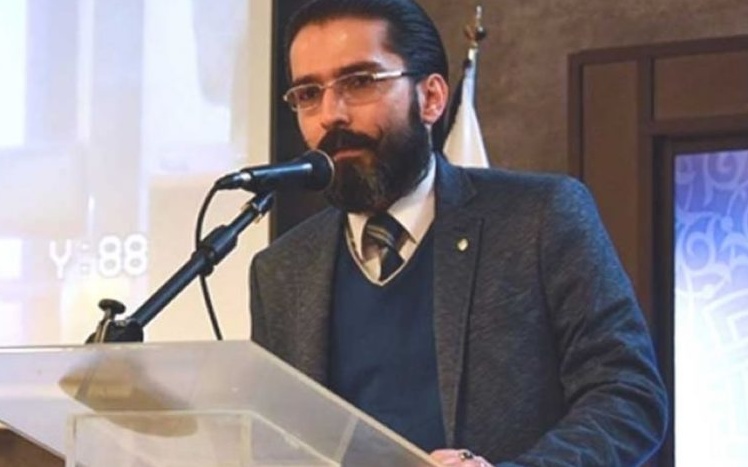 The Center for Human Rights in Iran posts an update on the situation of five human rights lawyers in Iran’s prisons.

The attorneys remain behind bars, serving long sentences on vague charges with no public presentation of evidence over their “crimes”. They are among least nine arrested, charged as threats to “national security”, and banned from practicing law since 2018.

CHRI head Hadi Ghaemi summarizes, “The courts are colluding with intelligence agencies to go after lawyers so that any last hopes for defending due process are extinguished, with the tacit approval of Judiciary Chief Ebrahim Raisi and the Rouhani government.”

Nasrin Sotoudeh: The winner of the Sakharov Prize for Freedom of Thought, Sotoudeh was a political prisoner from 2010 to 2013 for her defense of activists, including those detained after the mass protests in 2009 over the disputed Presidential election.

She was released soon after the Rouhani Government took office, but was regularly harassed and interrogated. She was finally imprisoned in June 2018 and sentenced to a total of 26 years, 12 of which must be served before parole eligibility.

Among her “crimes”: “encouraging prostitution” for her advocacy against compulsory hijab and “membership in the Center for Defenders of Human Rights”.

Payam Derafshan: Derafshan was seized in July 2018, after he criticized the regime’s ban on the messaging service Telegram. He was sentenced to a one-year suspended prison sentence in June 2020 for“insulting the Supreme Leader”, and suspended from practicing law for two years.

Soheila Hejab: Imprisoned in May, Hejab is serving an 18-year sentence for “forming a group for women’s rights”. She is not eligible for parole until 2025.

Mohammad Najafi: Najafi was detained after he sought accountability for the deaths of detainees. He has been given a total of 17 years in prison for “propaganda against the State”, “insulting the Supreme Leader,” and “collaborating with enemy states”. He must serve 10 years before parole eligibility.

Amirsalar Davoudi: Imprisoned in November 2018, Davoudi was given a 30-year sentence for forming “an illegal group” — a news channel for lawyers on Telegram. He must serve at least 15 years.

Arash Keykhosravi Keykhosravi was initially sentenced to six years in prison. The conviction was quashed, but he now faces charges of “publishing falsehoods” over his criticism of Najafi’s imprisonment.

Abdolfattah Soltani: Soltani served more than seven years of a 2011 sentence over defense of political prisoners. He is still banned from practicing law.