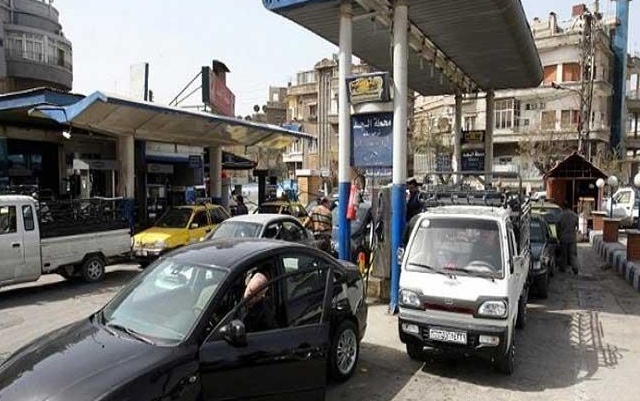 The Oil and Mineral Resources Ministry announced the measure on Saturday.

Users of cars with engines of 2,000 cubic centimeters or more and owners of more than one car are now excluded from subsidies.

The measures are being introduced even though consumption of oil has reportedly dropped by up to 50% because of restricted movement during the Coronavirus outbreak.

At one point in the conflict, the regime lost up to 95% of Syria’s oil and gas fields. While Russia has enabled the recapture of some sites, many in the northeast are under Kurdish control.

Damascus has depended on supplies from Iran, supported by billions of dollars in lines of credit; however, Tehran’s own economic difficulties have restricted the funding.

Syria’s GDP has collapsed by 75% since the uprising began in March 2011. In 2018, damage was estimated at $388 billion, more than six times pre-conflict GDP. Little reconstruction has taken place despite Russia and Iran enabling the regime to reoccupy much of the country.

There are shortages of fuel, cooking gas, and electricity, including in the capital Damascus. The price of vegetables and eggs rose by up to 75% in March, and bread is being rationed under the smart card system. The regime has banned the export of some goods, including eggs and dairy products, to contain the price rise.

The situation has exacerbated Russian concern about its client, with criticism of Bashar al-Assad in State media and from President Vladimir Putin’s allies. Meanwhile, the economic tension has fed a split within the Assad family, with security services cracking down on Bashar al-Assad’s cousin, billionaire tycoon Rami Makhlouf.