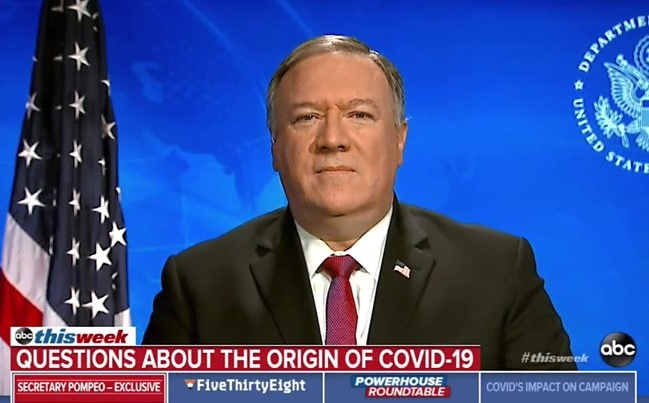 US Secretary of State on ABC News, May 3, 2020, making the unsupported allegation that China released Coronavirus from a Wuhan laboratory

The interview was filmed before the leak of the assessment, by the “Five Eyes” intelligence community (US, UK, Canada, Australia, New Zealand), that it is “highly likely” the virus originated in a Chinese market and not in a laboratory in Wuhan.

Trump and Pompeo are trying to cover up the Administration’s disastrous mismanagement of the crisis, which has killed more than 68,000 people and will go far beyond the 90,000 that Trump is now mentioning.