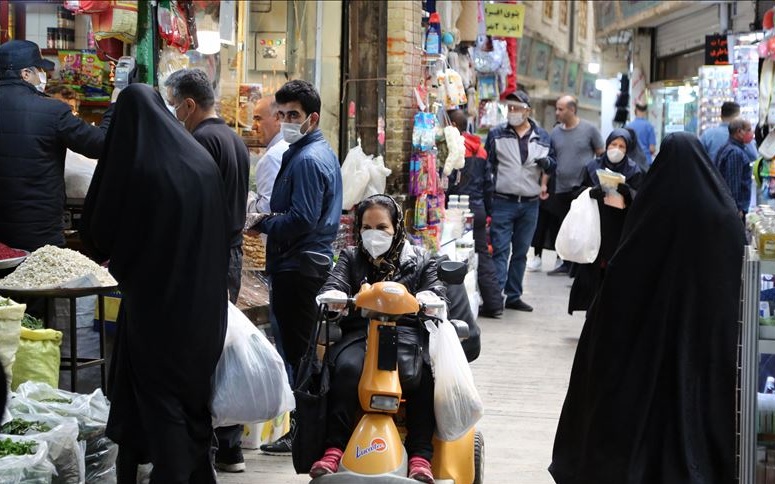 Following the Government’s limited reopening of public spaces, the Coronavirus toll is resurging in Iran.

For the fourth day in row, the official number of cases rose as the total reached 101,650. The Health Ministry reported 1,680 new infections on Wednesday, compared to 802 on Saturday.

Yesterday’s rise was the highest since April 11, when 1,837 new cases were reported.

Facing a crippled economy, the Rouhani Government authorized the re-opening of “low-risk” businesses, such as bookstores and clothing shops, across most of Iran on April 11. Re-opening in the capital Tehran followed a week later.

On Monday, worshippers were allowed to return to mosques and shrines in 132 cities in “white zones”.

The Government has divided the country into the white, yellow, and red zones to determine the pace and location of further lifting of restrictions.

The Government and officials offered no comment on Wednesday about the resurgence.

Instead, President Rouhani used a phone call to Austrian counterpart Alexander van der Bellen to complain about US sanctions and Washington’s blocking of an Iranian request for a $5 billion loan from the International Monetary Fund.

Press TV, which has featured claims about Iran’s leadership in vaccine research and even a Revolutionary Guards “Coronavirus detection machine”, headlines this morning, “Plasma Therapy: A New Hope for COVID-19 Patients”.

Rouhani also called leaders of neighboring countries on Wednesday, continuing to seek a resumption in cross-border trade. And he inaugurated projects at a copper refinery in central Iran.