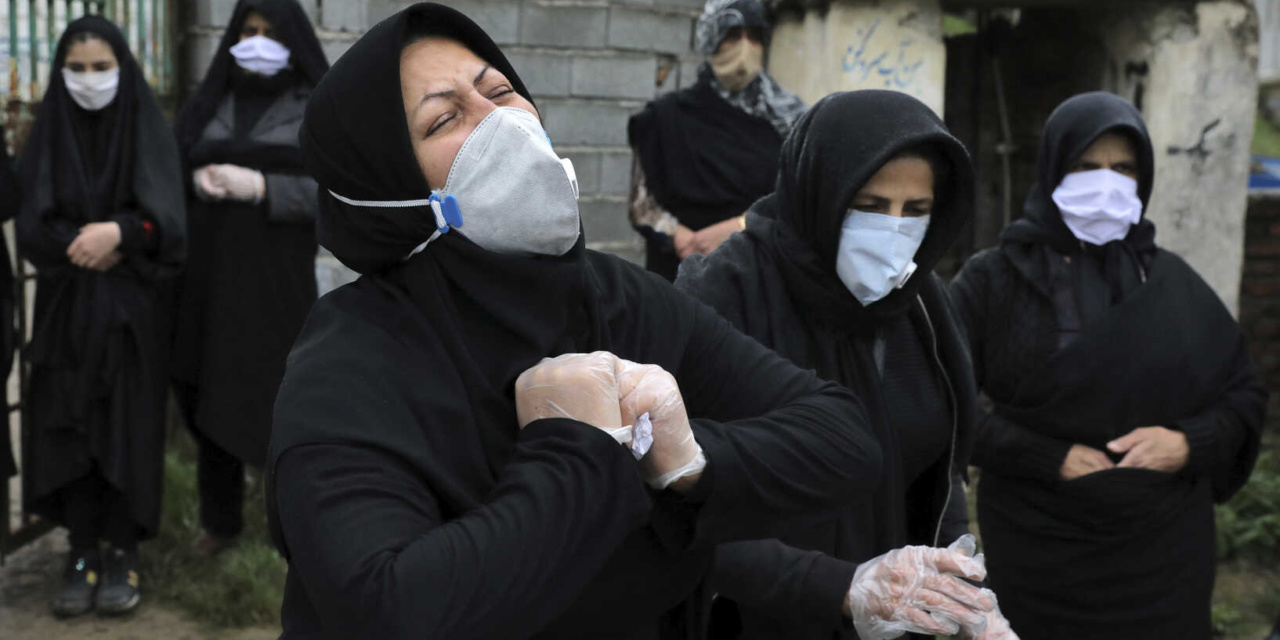 Relatives of a Coronavirus victim mourn at the gate of a cemetery near Babol, northern Iran, April 30, 2020 (Ebrahim Noroozi/AP)

After more than two weeks of decline, the official number of new cases has risen in each of the past three days.

The Rouhani Government authorized the re-opening of “low-risk” businesses, such as bookstores and clothing shops, across most of Iran on April 11. Re-opening in the capital Tehran followed a week later.

On Monday, worshippers were allowed to return to mosques and shrines in 132 cities.

The Government has divided the country into white, yellow, and red zones to determine the pace and location of further lifting of restrictions.

About half of the 31 provinces in Iran have begun to reopen their economies and public life in some meaningful way….

Some restaurants are getting ready to serve customers too. When broad re-openings are allowed in the capital, public spaces such as restaurants, retail stores, salons, gyms and houses of worship will also reopen.

But in an admission of risk, the site notes, “Health experts have expressed concern that a premature opening could lead to a spike in coronavirus infections that would not be detected in official case counts for weeks.”

Mohammad Mehdi Gouya, director of the Health Ministry’s communicable diseases department, cautioned that only 10% of the population has been infected, leaving 90% vulnerable.

“If people do not observe health protocols, the disease will certainly return,” he said. “We must not think it’s over and leave home and make social visits as we please.”