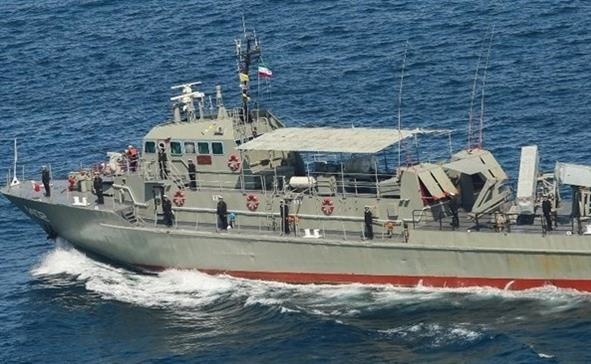 At least 19 Iranian naval personnel have been killed and 15 wounded when their logistics ship was hit by a missile in a “friendly fire” incident.

The support vessel, the Konarak (pictured), was struck during a training exercise in the Gulf of Oman, near the port of Jask in southern Iran.

State TV said the Konarak was placing targets in the water but remained too close to one when the frigate Jamaran fired.

Iran regularly holds exercises in the Gulf of Oman, close to the Persian Gulf and the Strait of Hormuz, through which 20% of the world’s oil passes.

For more than an year, there has been escalated tension in the area between Iran and the US. Civilian vessels have been struck by mines or missiles, and each side has warned the other not to contest control of the waterway.

Last month Iranian commanders demanded that the US Navy refrain from “dangerous behavior.” The Trump Administration accused the Iranians of harassing American warships, charging them with the small fastboats of the Revolutionary Guards.

There is no indication of any US connection with Sunday’s incident.