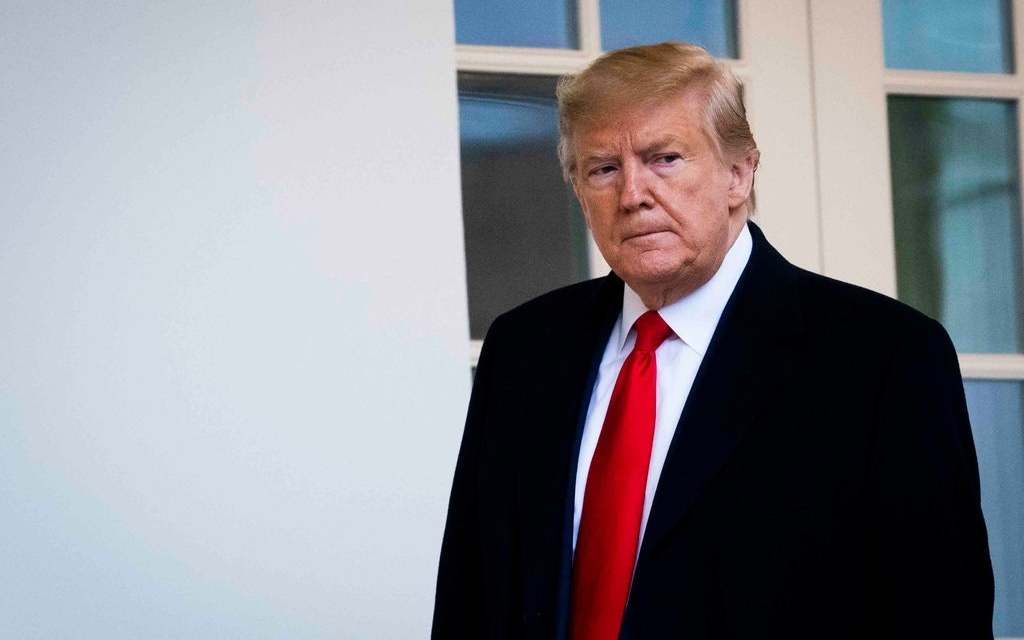 White House staff are consumed by concern, as Coronavirus reaches the Administration with two positive tests and Task Force members going into self-quarantine.

But Donald Trump spends the day railing about other matters on Twitter, putting out more than 100 tweets and retweets to attack his predecessor Barack Obama, US agencies, the media, and China.

After months of denial and then dismissal of the scale of the outbreak by Trump, Coronavirus caught up with his Administration last week. On Thursday, Trump’s Navy valet tested positive. On Friday, Trump revealed that Katie Miller — Vice President Mike Pence’s Press Secretary and the wife of Trump’s anti-immigration advisor Stephen Miller — had contracted the virus.

While Trump said the case indicated why testing was counter-productive, White House staff took in the significance. Up to Friday morning, Miller was attending high-level meetings, including of the White House Task Force chaired by Pence.

In contrast to his boss, White House economic advisor Kevin Hassett admitted on Sunday in a TV interview, “It is scary to go to work.”

Hassett said he wore a mask at times in the White House, but added:

I think that I’d be a lot safer if I was sitting at home than I would be going to the West Wing….

It’s a small, crowded place. It’s, you know, it’s a little bit risky. But you have to do it because you have to serve your country.

Trump has refused to wear a mask in the White House or in public.

He did not mention the White House concern in his Twitter barrage on Sunday. However, a “senior administration official” said Trump was spooked that his valet, among those serving his meals, had not been wearing a mask.

The official also said Trump was annoyed to learn of Miller’s positive test, possibly explaining why Trump undermined the attempt to keep her identity secret on Friday. Trump is increasingly irritated with people who get too close to him.

On Friday, after confirmation of Miller’s positive test, the White House management office encouraged employees to “practice maximum telework” and to “work remotely if at all possible”. But “several administration officials” said supervisors continued to encourage staff to come into the office.

Late Sunday, the White House put out a statement saying that Pence will not alter his routine: “[He] has tested negative every single day and plans to be at the White House tomorrow.”

But Stephen Miller is in self-quarantine after his wife’s diagnosis. Three members of the Coronavirus Task Force — infectious diseases expert Dr. Anthony Fauci, Centers for DiseaseS Control and Prevention head Robert Redfield, and Food and Drug Administration Commissioner Stephen Hahn — are in partial or full quarantine.

The three doctors will give their testimony to a Senate committee on Tuesday by video conference. Committee chair Sen. Lamar Alexander will lead the hearing remotely; he is in self-quarantine after a member of his staff tested positive.

Mnuchin, Hassett: Unemployment to Rise Above 20%

Both Hassett and Treasury Secretary Steven Mnuchin said on Sunday that they expect the soaring US unemployment rate to move “north of 20%” in the near-future.

On Friday, the Labor Department confirmed that more than 20 million jobs were lost in April, with millions more not in the figure because of withdrawal from the workforce or moves to part-time unemployment.

Hassett retracted his Friday statement that “almost everybody…said they expect to go back to work in six months”. Yesterday, he says “nobody knows” when the recently-unemployment can return.

Mnuchin said, “The reported numbers are probably going to get worse before they get better. I think you’re going to have a very, very bad second quarter.”

Asked by Fox TV interviewer Chris Wallace if the unemployment rate is “close to 25 percent at this point, which is Great Depression neighborhood,” Mnuchin replied, “Chris, we could be.”

Wallace brushed aside the rhetoric, echoing the proclamation last month by Trump’s son-in-law Jared Kushner of a “great success story”: “I gotta tell you…about a number of signs that the recovery is going to much slower than that, sir.”

Repeatedly shouting “OBAMAGATE!” on his Twitter timeline, Trump did not mention the economic situation on Sunday.