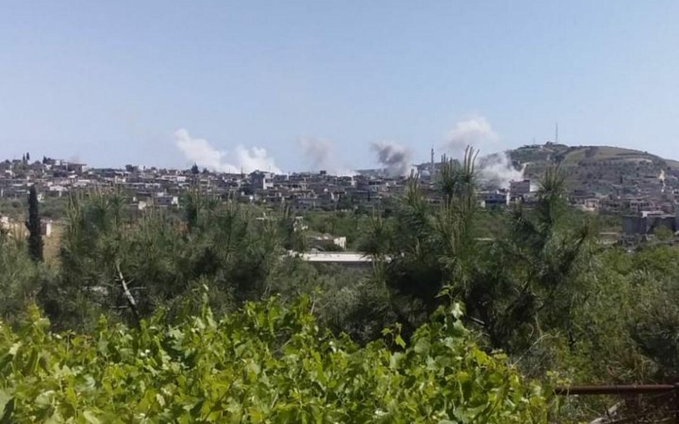 Dozens of Assad regime troops have been killed by an anti-Assad raid in northwest Syria.

The guerrilla attack was reportedly carried out on Sunday by the Hurras al-Din faction in the al-Ghab Plain in northern Hama Province. Some attackers were reportedly still withstanding pro-Assad artillery bombardment last night, 14 hours after the initial raid.

There were also reports of pro-Assad bombing of villages in neighboring southern Idlib Province.

An 11-month Russian-regime offensive seized almost all of northern Hama and parts of southern and eastern Idlib, the last major opposition area in Syria. The advance killed about 2,000 civilians, wounding thousands, and displacing more than 1 million civilians.

Syrian State media does not mention Sunday’s attack. However, the pro-Assad blog Al Masdar, often fed by regime military officials, says more than 30 troops were killed near the town of al-Tanjarah.