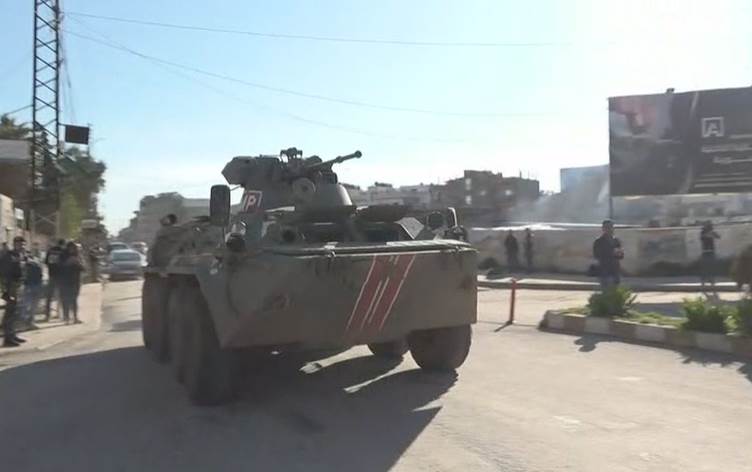 In the multi-sided conflict in Syria, there have been clashes between Kurdish militia, Turkey, and the Assad regime in the northeast of the country.

Much of the area is controlled by the Kurdish militia YPG, the military branch of the Syrian Kurdish Democratic Union Party (PYD), as part of the US-supported Syrian Democratic Forces. Turkey considers the PYD/YPG to be part of the Turkish insurgency PKK, which has battled Ankara’s security forces for 35 years.

In October, Turkey launched a cross-border offensive, occupying a strip of territory along the border in north and northeast Syria, across the Euphrates River east to the Iraq border. Turkish President Recep Tayyip Erdoğan said that 1 million Syrian refugees in Turkey would be resettled in the “safe zone”.

On Saturday, the Turkish military tweeted, “24 PKK/YPG terrorists, who were attempting to infiltrate the Operation Peace Spring zone were successfully neutralized by our heroic command.”

The military uses “neutralize” for the killing, wounding, or captured of opposing forces.

The statement did not refer to any Turkish casualties. Kurdish outlets did not report any clash.

However, the Kurdish site Rudaw posts a general article, “Can Turkey Sustain Military Casualties on Multiple Fronts?” Author Paul Iddon, summarizing Turkish involvement in the Libyan civil war as well as its operation in Syria and northern Iraq, asserts:

This, coupled with the demonstrated shortcomings of its proxy fighters in both Syria and Libya, indicates that Turkey will have to accept more combat losses in these areas in the near future.

Rudaw reports that Assad regime forces fired on a Kurdish police convoy on Saturday, killing one officer and wounding another.

The site said the reason for the incident, in the city of Qamishli, is unclear. Russian military police moved into the area to defuse the situation.

Kurdish authorities maintain an uneasy truce with the regime in Qamishli and other parts of northeast Syria, where both sides have a military presence.

Bashar al-Assad continues to proclaim that he will regain the region as part of retaking “every inch” of Syria. Last year discussions between Damascus and some Kurdish groups yielded no progress, amid the regime’s refusal of Kurdish autonomy.